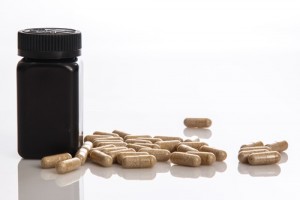 UK researchers have found that boosting men’s testosterone levels could reduce deaths from heart disease and type 2 diabetes. A team in Sheffield explain that low testosterone is common in those with type 2 diabetes, and their study reveals the role the hormone plays in the development of the condition.

Dr Daniel Kelly, of the University of Sheffield, used testosterone-deficient mice to demonstrate how levels of the hormone affect the processing of sugar and fat. The study showed that without testosterone, the liver and muscles were less able to take up sugar, and fat was diverted from under the skin to clog up the liver and arteries. These effects are associated with the development of both type 2 diabetes and heart disease.

“We know men with low testosterone are at greatly increased risk of type 2 diabetes and cardiovascular disease as well,” says Dr Kelly.

He suggests that hormone replacement therapy to restore testosterone levels would be helpful in improving health, but it should be used carefully to keep testosterone at a normal level because too much can be just as harmful as too little.

“It’s detrimental to have testosterone levels that are too low, but if we go above the physiological window then there are effects there as well, so it would require careful monitoring,” he says.

“What we’re trying to show is that testosterone significantly affects the way sugars and fats are used within the body and has a positive effect when you return testosterone to normal,” says Professor Hugh Jones, consultant physician at Barnsley Hospital, who was also involved in the work. “If studies do show that replacing testosterone to normal is safe, and that is key, then it would increase the lifespan of many men.”

How Views on Testosterone Have Changed

“We used to think that testosterone was one of the ‘bad guys’ and accounted for the adverse metabolic phenotype of men compared to women, and their tendency to more heart disease,” says Professor Ashley Grossman, endocrinologist at the University of Oxford. “Now the field is turned upside down as testosterone is seen to have majorly positive effects.”

“However, there is a commercial push for older men to have testosterone replacement therapy, and there is some scepticism among clinicians that this is more financially rather than clinically driven,” he adds. “Nevertheless, these data do suggest that very low levels of testosterone in ageing males might not be good.”

While similar research in women has not been considered because of the masculinisation effect of testosterone, it has been speculated that oestrogen may play a comparable role in similar biological processes.

If you would like to find out more, listen to Dr Chris talking about this subject on the video below.