Everyone has the realisation that they may have put on a bit too much weight every now and then and it is not a pleasant feeling. Imagine how much worse it would feel if your career depended on you being slimmer, or if everyone commented on it and publicly judged you for it. Imagine if those photos of you that you hate and secretly tear up or delete appeared in newspapers and magazines, with less than flattering comments. For some people, who make their living being in the public spotlight, that’s the reality, making celebrity weight loss even harder. But celebrities are people too, and for many of them the real motivations for weight loss are much the same as for the rest of us mere mortals. The time comes where they say “enough” and take action to lose weight. These celebrities have all done that. 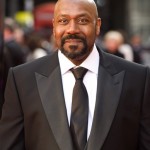 Lenny Henry had more than his public image to think about when he decided he had to lose weight. Diagnosed with diabetes, he had seen the effects of the condition first hand on his mother, who had both her legs amputated as the result of complications of the same condition. So, he set about losing three stones through a low carbohydrate diet and an exercise regime including ashtanga yoga, walking and swimming. Media reports suggest he didn’t find it easy, but who does? And although he did it for his health, physical appearance played a part too. He’s quoted, in the Daily Record in 2014, as saying he didn’t want to “be a heffalump running round the stage.” 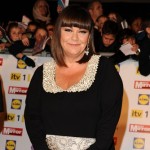 Henry’s ex wife Dawn French has been loved for her larger-than-life personality. But her larger-than-life body caused her issues when she needed to undergo surgery. After a uterine cancer scare, it was decided that Dawn should undergo a hysterectomy. But first, her doctor told her, she would need to lose weight in order to have keyhole surgery. Dawn’s weight loss of 7 stone didn’t come easily. As she said: “No magic wand, just tiny, joyless low-calorie eating and lots more walking for weeks and weeks. It was grim.”

The effort was worth it though, as she was able to have the keyhole surgery and be back on her feet in 3 weeks, rather than the 3 months needed for an “open” hysterectomy. 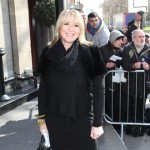 Fern’s weight loss was surrounded by controversy. Initially she put her weight loss down to diet and exercise (she was the ‘face’ of Ryvita), but eventually admitted to having had a gastric band fitted in 2008. However, she has worked hard to not only maintain the weight loss but get fitter and healthier too. Cycling is her preferred activity, and she has done numerous cycles for charity. She also does interval training and visits the gym most days. Talking about her weight loss and subsequent drive to peak fitness, Fern told the Daily Express in 2013: “All I know is that my life is ­enriched by it all. It has given me courage – the courage to leave This Morning, the courage to write novels, the courage to keep having adventures. I have become almost fearless.“ 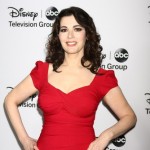 Well known as “The Domestic Goddess”, a woman who loves to cook, and to eat, Nigella dropped from a size 16 to a size 12 in 2012. She put her weight loss down to smaller portions and exercise. As a famous food lover, she prefers to eat what she likes best, but less of it. There are rumours that in order to bring her portion sizes under control she used hypnotherapy. However, Pilates and a personal trainer have also played a part. 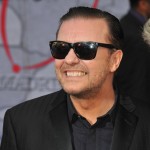 Comedian Ricky Gervais may not have achieved the big losses that those above have, but his 20lb weight loss has made a difference to his appearance and his life. He credits his weight loss to one thing – exercise, and lots of it. On any day he is likely to do a combination of running, weight training and cardio. He doesn’t have high ambitions for his weight loss, he say his aim is to “stay alive and eat more cheese and drink more wine.” But whatever his motivation, it seems to be working for him

And a message we could all take note of: “It’s never too late,” Gervais says. “Never, ever too late.”