What to Expect from Your Knee Replacement Surgery 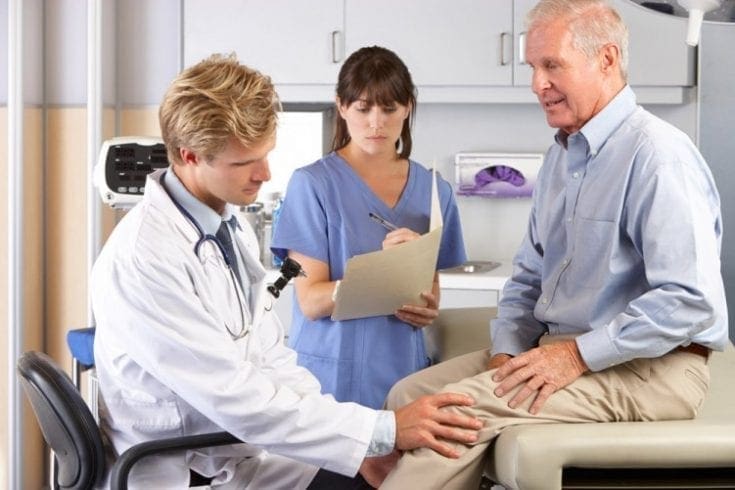 When Would You Need a Knee Replacement?
Living with the discomfort of an arthritic or damaged knee can be a miserable experience. In severe cases, it can even make even the most simple of activities difficult; such as walking, or bending your leg to sit down.

The vast majority of patients who require a knee replacement are between the ages of 60 to 80. If you find that you’ve reached the stage where it has become difficult to get through the day without taking pain medication for your knee, it’s likely that your doctor will recommend exploring the option of having knee replacement surgery in order to give you a better quality of life.

Knee Replacement Surgery in the 21st Century
In recent years, knee replacements have changed considerably. Traditionally, the patient would be fitted with a standardised replacement knee, of which there were limited size options. Unsurprisingly, this lack of customisation proved problematic, and many patients complained of continued discomfort, due to the replacement knee not fitting correctly into the existing skeletal structure.

However, medical technology has progressed considerably since then. Many surgeries now offer customisable knee replacement parts; created using an X-ray of the knee. In fact, it’s now even possible to create a new knee using 3D printing technology, though this approach is still only in its pioneering stages. According to Richard Carrington, an orthopaedic surgeon currently offering 3D print knee replacements at Spire Bushey Hospital in Hertfordshire, the approach is a ‘huge advance – a bespoke knee is like having a suit fitted and adjusted rather than buying a standard size over the internet’.

What to Expect During the Knee Replacement Procedure
The surgery itself normally takes between one to two hours in total, and will be conducted through a single incision down the front of your knee. As with any form of surgery, there are risks involved, but there are no specific risks associated with having a knee replacement. It will be performed under general anaesthetic.

Recovery and Aftercare
Immediately after the procedure, you’ll have a drain fitted to collect fluid from the knee. You’re also likely to be fitted with a catheter and given antibiotics intravenously to reduce the risk of any infection.

Many people are surprised at how soon after surgery they are encouraged to move the leg. Indeed, most hospitals will suggest that you try walking the day after the surgery. This is a vital part of the recuperation process, and helps to keep the joint flexible.

You’re likely to be kept in hospital for around four to seven days. When you return home, it’s a good idea to arrange the house to make recovery easier on yourself. For example, moving the bed downstairs for a short period of time can help, as can bringing all toiletries down to a ground floor toilet, if you have one. Be aware that you won’t be able to drive for several weeks after the operation.

It’s important to be understand that the recovery process is intensive, and it’s likely that you’ll experience pain for a few months after surgery has taken place. However, the pain will continue to diminish as time goes on. Keep bearing in mind that the surgery, though painful, has served the key purpose of giving you a better standard of living.

Life After a Knee Replacement
You can expect to experience fa r less pain in your knee after you’ve recovered fully from the surgery. You’ll also be able to conduct your daily activities more easily. However, be aware that your knee may not bend quite as well as it did prior to the knee replacement.

It’s important to keep fit and mobile after the operation, and you’ll be encouraged to take up light exercise, such as swimming or walking. Certain other high-impact exercises, such as tennis and running, are not advised.

If you are over 60 when you have the procedure, it’s likely that your artificial knee will not need to be replaced.