Can Eggs Reduce the Risk of Type 2 Diabetes? 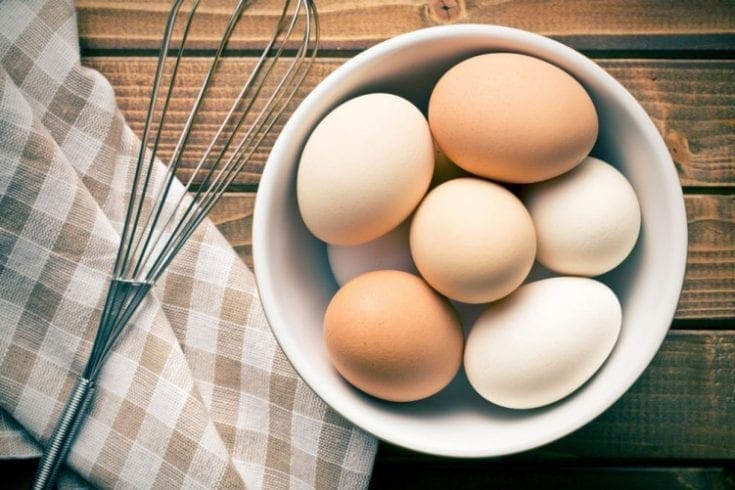 Scientists believe that eating enough eggs might lower your risk of developing type 2 diabetes, following a recent study which suggests that regular consumption may keep the condition at bay. While past research has found little to no link between eggs and diabetes, those who worked on the new study say that previous work might have overlooked a number of important factors.

The Link between Eggs And Diabetes

Researchers at the University of Eastern Finland looked at the role of eggs in type 2 diabetes, using a 1980s heart disease study involving 2,332 male participants, aged 42 to 60. The eating habits of the men were recorded, and two decades later 432 of them had been diagnosed with type 2 diabetes.

Those who ate eggs regularly were shown to have a reduced risk of the disease and generally lower blood glucose levels. The results suggest that four eggs a week may be the optimum amount, as men who ate this many had a 37% lower risk of type 2 diabetes, but eating any more did not seem to have any significant benefits. This study is believed to be the first to link eggs to a specific benefit in reducing type 2 diabetes.

“There is no experimental data available on the effects of egg consumption on the incidence of type 2 diabetes,” says Dr Jyrki Virtanen, adjunct professor of nutritional epidemiology at the University of Eastern Finland, Institute of Public Health and Clinical Nutrition. “In population-based studies too, the association between egg consumption and type 2 diabetes has been investigated only scarcely, and the findings have been inconclusive. Egg consumption has either been associated with an elevated risk, or no association has been found.”

Dr Virtanen suggests that previous studies might have found negative links to egg consumption because they involved populations where eggs are more commonly consumed as part of an unhealthy lifestyle, leading researchers to focus on their cholesterol content. He stresses that this new study should demonstrate to people that single dietary ingredients should not be demonized, and should be analysed in relation to a number of other factors which may impact their effect.

“In addition to cholesterol, eggs contain many beneficial nutrients that can have an effect on, for example, glucose metabolism and low-grade inflammation, and thus lower the risk of type 2 diabetes,” he says, “The study also suggests that the overall health effects of foods are difficult to anticipate based on an individual nutrient such as cholesterol alone. Indeed, instead of focusing on individual nutrients, nutrition research has increasingly focused on the health effects of whole foods and diets over the past few years.” 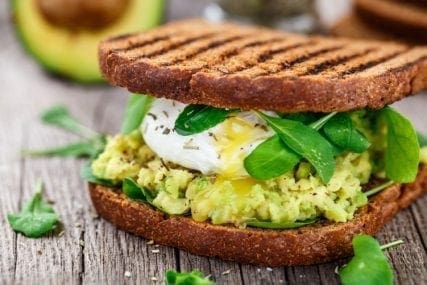 A Link Between Dairy and Diabetes

A similar study was conducted by scientists at Lund University, Sweden, which highlighted how a single nutrient can have different effects in different foods. The team looked at the eating habits of 27,000 Malmö Diet and Cancer study participants, aged 45 to 74. Between the early 1990s and the twenty years that followed, 2,860 of the participants were diagnosed with type 2 diabetes. The results suggested that high-fat dairy products, such as yogurt and cheese, significantly cut the risk of developing the condition.

“However, we have not ruled out the possibility that other components of dairy products, such as yogurt and cheese may have contributed to our results. Moreover, different food components can interact with each other. For example, in one study, saturated fat in cheese appeared to have less of a cholesterol-raising effect than saturated fat in butter.”

She concludes: “Our results suggest that we should not focus solely on fat, but rather consider what foods we eat. Many foodstuffs contain different components that are harmful or beneficial to health, and it is the overall balance that is important.”

Other Studies Looking at the Link between Eggs and Diabetes

A study in 2018 looked at the factors associated with glycemic control and insulin sensitivity in adults with pre diabetes and type 2 diabetes. The researchers concluded that eating eggs could improve fasting blood glucose. They also suggested that eating one egg a day could reduce a person’s risk of diabetes.

A study in the British Medical Journal (BMJ) from March 2020 looked at the link between egg consumption and cardiovascular disease. The large meta-analysis concluded that moderate egg consumption of up to 1 egg per day is not associated with cardiovascular disease risk overall and is potentially associated with a lower risk of the disease in Asian populations.

The Potential Benefits of Eggs

Eggs are rich in nutrients but low in calories with a large poached egg contains roughly 72 calories and 6.25 grams of protein. High protein foods such as eggs can help you feel fuller for longer which may help you to maintain a healthy weight. Eggs also contain all nine amino acids that the body cannot produce itself and which must be obtained from your diet.

The yoke of an egg contains healthy fats, vitamins A, B12, D, E and K and antioxidants such as lutein. Lutein helps to filter harmful blue wavelengths of light and helps to protect and maintain healthy cells in the eyes. Eggs are also a rich source of minerals such as copper, iron and zinc.

Choline is another constituent of eggs and this plays a part in mood and memory and is vital during pregnancy in foetal brain development.

Eggs can be included in the diet of people suffering from type 2 diabetes. Research shows that eating eggs in moderation may improve fasting blood glucose levels and should not increase the risk of heart disease. Indeed the team at the University of Finland suggested that eating an egg a day had a significant preventative effect upon type 2 diabetes.

Finally, it is important that you visit your doctor on a regular basis and discuss with them any concerns about your general health, medical conditions or your lifestyle.