10 Fruit and Vegetable Extracts in Supplements That Help Bodily Health 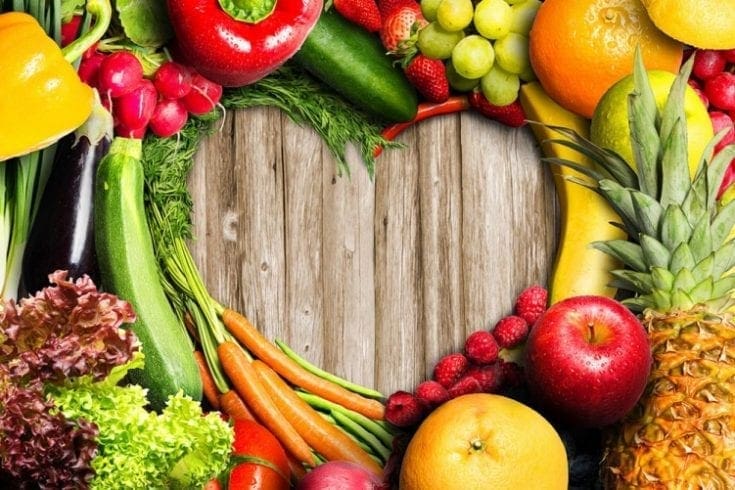 Closely related to milk thistle – see further down – artichoke leaf extracts have a cleansing effect on the liver. But they are also useful is their effectiveness in stimulating the flow of bile to aid with digestion and elimination of toxins.

In a study published in Alimentary Pharmacology & Therapeutics, in 2003, nearly 130 patients with functional dyspepsia were given 640 milligrams of artichoke-leaf extract daily, while 115 patients took a placebo. After six weeks of treatment, the subjects on artichoke leaf extract reported a significantly greater reduction in symptoms.

Known as one of the “superfoods”, blueberries are thought to be useful for a wide variety of health issues. Apart from antioxidant properties, blueberry supplements are taken for memory loss, eye diseases such as glaucoma and cataract, also for treatment of ulcers and urinary tract infections.

In a study entitled Blueberry supplementation improves memory in older adults, the findings were positive, giving a basis for further research.

Remember being told if you eat carrots you’ll be able to see in the dark? Well, there was more truth in that than even your parents may have realised. The high content of vitamin A, in the form of beta carotene is a main contributor to ocular health. It also plays a major role in keeping the immune system healthy.

Although beta carotene is widely available in supplement form, medical recommendations are that under normal circumstances you should be able to get enough from a diet rich in yellow fruit and vegetables. Remember, though, taking too much vitamin A as a supplement can be dangerous, especially to those at risk of lung cancer or asbestosis.

The garcinia cambogia is a tropical fruit, otherwise known as the Malabar tamarind. It has long been used as a weight-loss supplement and is believed to have the power to block the body’s ability to make fat. It is also reputed to lower blood sugar and cholesterol levels.

Studies into garcinia camboga have found that in the rind of the fruit is an active ingredient called hydroxycitric acid, which has the ability to block citrate lyase – a fat producing enzyme. In a review published in Journal of Obesity, it was reported people using the supplement and taking part in studies, lost about two pounds more than people not taking it.

Thought to be antibacterial and antiviral, grapefruit seed extract is used for the treatment of yeast infection, throat infection and earache. It is also used for help with weight loss, high cholesterol and skin conditions such as psoriasis.

As grapefruit contains vitamin C, fibre and potassium, it is possible that it may have antioxidant effects that help protect cells from damage or even reduce cholesterol, but there is no clinical evidence to support this.

In a review by the US National Institute of Health into 16 milk thistle trials, this was found to be effective in protecting the liver. This is due to a combination of antioxidant properties, enhanced protein synthesis and an ability to block toxins at membrane level. In other words, when free radicals attempt to ‘steal’ electrons from the lipids in cell membranes, the antioxidants in milk thistle prevent them from doing so.

The enzyme found in the stem and juice of a pineapple is called bromelain. It is used as an anti-inflammatory, particularly for the sinuses and for hay fever sufferers. It is also found to be helpful for treating ulcerative colitis and preventing fluid in the lung. Perhaps one of its most effective functions is to break down the dead or damaged tissue surrounding a burn. Bromelain has a certified drug status for its use in treating burns.

There has recently been much written on the effectiveness of pomegranate as a promoter of good health. The US National Cancer Institute says the fruit has various bioactive compounds found in the peel, the seeds and the aril, which is the outer layer surrounding the seeds.

The National Cancer Institute also reports clinical trials have been carried out to study the effectiveness of pomegranate in prostate cancer patients. Positive results were reported.

These are the chemical elements in raspberries used to add fragrance, flavour and colour to products such as cosmetics and fizzy drinks. Following trials in Japan where mice and rats were given raspberry ketones and successfully lost weight, supplements were put on sale with claims they were the new miracle slimming product. However, as these claims have never been put to the test by any human trials, in 2014 the Food Standards Agency ruled that raspberry ketones could no longer be sold legally in the UK. Raspberry ketones flavourings, however, are still permitted.

The chemical lycopene is found in large amounts in tomatoes. The process of heating natural tomato juice changes the lycopene in the raw product into a form that is easier for the body to use. Therefore, lycopene used in supplements is readily bioavailable. In supplement form as well as in processed tomato products, lycopene may help in the prevention of heart disease and cancer – particularly of the prostate.

The National Cancer Institute gives extensive information on the findings of tomato extracts and lycopene. Trials show that lycopene may be helpful in protecting cells from damage. For more information visit the US National Library of Medicine, National Institutes of Health, at www.ncbi.nlm.nih.gov/pubmed/12424329.

Finally, if you would like to stay up to date with health issues especially relevant to the over 50s, why not sign up to our free newsletter, The Best of Friends via this link.