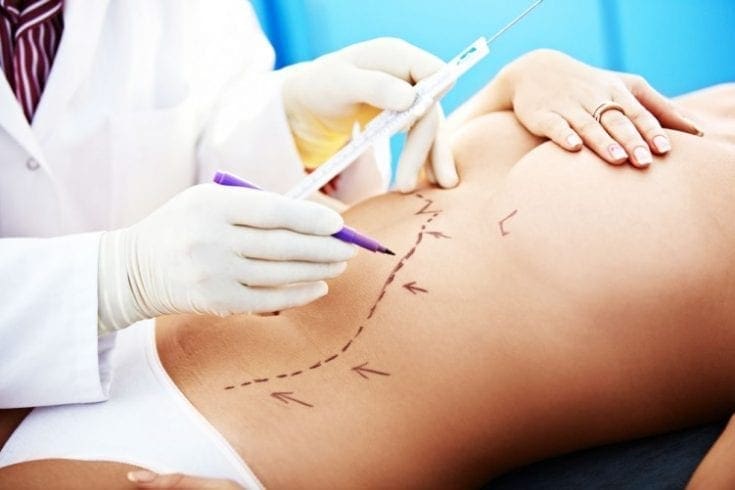 Liposuction is a treatment designed to remove fat from the body. It’s sometimes also referred to as liposculpture, or just ‘lipo’ for short. According to recent statistics released by BAAPS, liposuction has experienced a boom in popularity, with 4,326 people receiving the treatment in 2013 – an increase of 41%. It was the sixth most popular treatment for females and the fourth most popular for men.

Liposuction can be used on a variety of areas of the body, including the hips, stomach, buttocks and thighs.

Liposuction Explained
All types of liposuction follow the same basic principles, and most procedures last between 1 and 3 hours. Unless you’re only receiving treatment on a small area, it’s likely you’ll be given general anaesthetic. If you’re having liposuction on your lower body, you may be offered an epidural anaesthetic instead, which creates numbness in the area, without loss of consciousness.

In the initial stages, your surgeon will prepare the area. In most instances, the skin will be injected with a combination of saline solution, anaesthetic and epinephrine, which is designed to help reduce bruising and blood loss. Depending on the nature of your treatment, your surgeon may also use a weak laser pulse or water jet to break down the fat cells, making them easier to remove.

Next, an incision will be made – or if it’s a large area, it may be more than one incision. A tube is inserted into the body, which is attached to a specialist vacuum machine, which quite literally sucks the fat cells from the area. During this part of the procedure, your surgeon will pass the tube backwards and forwards to help loosen the fat and remove it. They’ll then take away any excess fluid and close up the incision.
Aesthetic or Health-Related?

Aesthetic or Health-Related?
The majority of liposuction surgeries are undertaken to help improve appearance, and are thus regarded as cosmetic. However, it can be used to treat certain medical conditions, such as lymphoedema (fluid build-up in body tissue) and gynaecomastia – a condition that causes swelling to occur under a man’s nipple, creating the appearance of breasts. In these instances, the liposuction treatment is regarded as health-related, and may therefore be available on the NHS.

Cosmetic liposuction is generally only available privately, and the average cost depends on the part of the body you would like to have treated. Generally speaking, liposuction in the UK costs between £1,000 and £4,500, and it may be possible to find the treatment cheaper abroad.

Recovering from Surgery
After Your Surgery
If general anaesthetic has been used, you might be asked to stay overnight. However, in many instances, patients are allowed to return home on the same day. It’s important to note that you’ll need someone to collect you, as you won’t be able to drive home yourself.

It’s possible that your surgeon will recommend that you take a course of antibiotics to help minimise the chance of infection, and you’ll also be given advice in terms of what painkillers to take to help manage any discomfort.

It’s normal to experience a level of swelling and bruising in the area for as long as 6 months, though most people find that these symptoms subside sooner. After the operation, you’ll be given a support corset or compression bandages, which will need to be worn constantly for a period of time. Your surgeon will tell you exactly how long you’ll need to wear this for.

What are the risks?
Possible Complications of Liposuction
Liposuction, just like any form of surgery, presents a certain level of risk. The most common risks to be aware of are:

Also, as your surgeon will be using anaesthetic, there are also risks during the surgery itself.