The Internet and the Elderly – Technological Blessing or Digital Devil in Disguise? 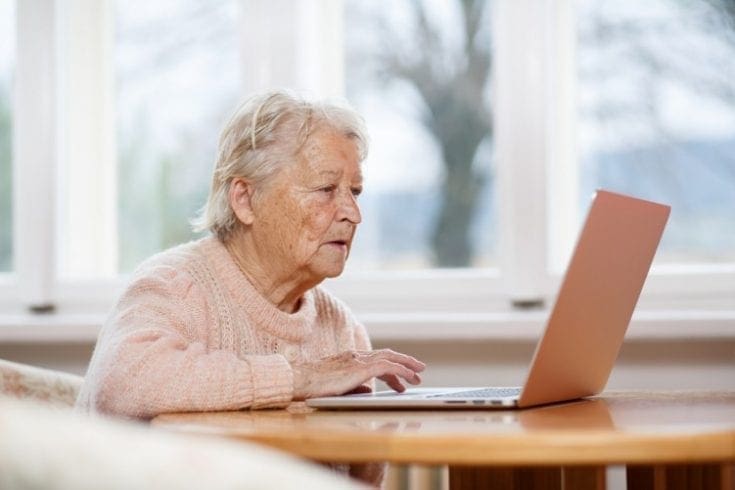 Only a Third Using Internet
Unsurprisingly, the statement was met with outrage from various pensioner’s groups, who protested that the decision effectively placed the elderly in a position where they would be forced to ‘conform’ or run the risk of being treated like a second-class citizen.

Although an Age UK report highlights that attitudes are changing among OAPS and that more are now comfortable to use the Internet, statistics suggest that the majority still don’t surf online. In fact, in 2013, the Office for National Statistics (ONS) found that only a third of over 65s in the UK used the internet in total.

‘A Better Thing for People’s Lives?’
If the government really wants to encourage the older generation to use the internet, the big question remains: Is it really beneficial? Or are there risk and drawbacks involved in being online?

Michelle Mitchell, Charity Director at Age UK, believes that the elderly should be encouraged to use the internet. She states: “There are lots of benefits that using the internet can bring, including keeping in contact with friends and family more easily and making savings online.”

Edward George, in his 90s, reported to The Telegraph that he “can’t imagine his life without it.” He added that “leaving the house has become more difficult and so the internet has been a lifeline, allowing me to easily keep in contact with family.”

Even the actress Miriam Margolyes agrees. She highlights that “the internet is an essential resource that allows everyone to communicate, learn, save money and – most importantly – have fun.” She adds: ‘I know the difference that it can make to people’s lives, especially we older people.”

The Dangers of Being Online
According to studies carried out in the University of Iowa, elderly people are more at risk of falling foul of online scams.

The research found that, thanks to natural deterioration of a certain part of the brain during the ageing process, older people are more likely to be fooled by classic ‘too good to be true’ scams on the internet, such as flashing pop-ups claiming they’ve been selected to win a prize.

Additionally, there is the risk that in some families, the internet will be used to replace person-to-person contact. The Mental Health Organisation found that, in spite of easy communication via the internet, as many as 10% of the population are lonely.

On this topic, a commenter on the BBC website said: “people are too busy to communicate and take the time to talk these days and prefer to speak via text or email. I am not surprised people are lonely. Many people go about life in their own little bubble… If we all took time to listen and see others face to face – we would all form better relationships and be happier.”

Getting the Balance Right
The internet can offer a lot of benefits for the elderly, providing them with an easy form of communication, access to information and simpler, smarter shopping. However, it cannot ever replace physical human contact, which is imperative when it comes to avoiding loneliness.