New Smart Insoles Warm the Feet and Work as a Pedometer 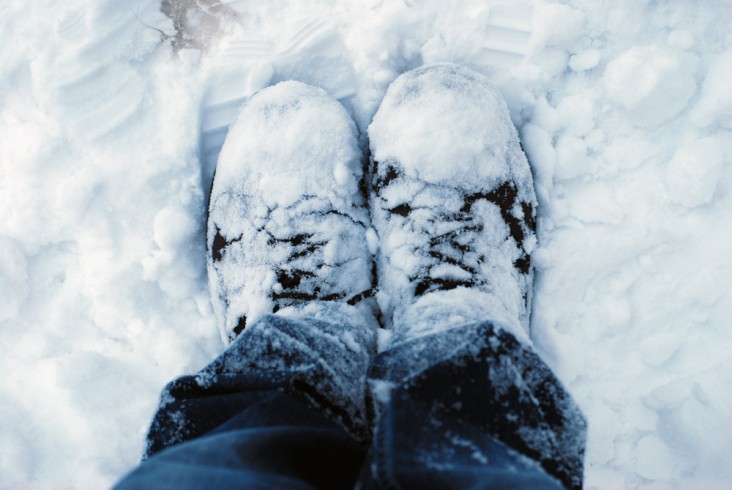 When winter comes, we all occasionally experience the uncomfortable feeling of icy cold feet. However, a new smart insole offers to keep your toes toasty no matter what the weather is like.

Digitsole’s ‘Warm Series’ is the first range of battery-powered interactive insoles which can be heated up using your smartphone. Using a dedicated app, available from Apple or Android, you can adjust the temperate of each insole up to a maximum of 45°C. The app also displays statistics collected by the insoles, such as distance travelled and calories burned.

While you may expect such useful insoles to be bulky and heavy, the Warm Series is actually very light and thin. Each insole weighs just 3.5 ounces (100g), and measures a maximum of 13mm at the heel where the battery is built in. They are made from ‘Neotech’ – a specially designed lightweight material – layered with ‘Ortholite’ which has shock absorbing properties.

The insoles’ batteries last around eight hours if used continuously, but last several days if used sparingly. The batteries are re-charged with a micro-USB charger, which comes in various sizes to fit most types of shoes.

“I first thought of the heated insole when a French company specialising in hunting products asked me as an engineer to help them to create a shoe collection,” says Karim Oumnia, the product’s creator. “The CEO invited me to go hunting. It was March and in the middle of France – it was of course very chilly. When I arrived it took me less than five minutes to experience the terrible feeling of frozen feet and I immediately asked the CEO to drive me back home. A few weeks later I designed a heated insole that was powered with a simple battery.”

The Warm Series will be available in 40 countries later this month, including the UK. However, they won’t come cheap, costing £130 per pair.