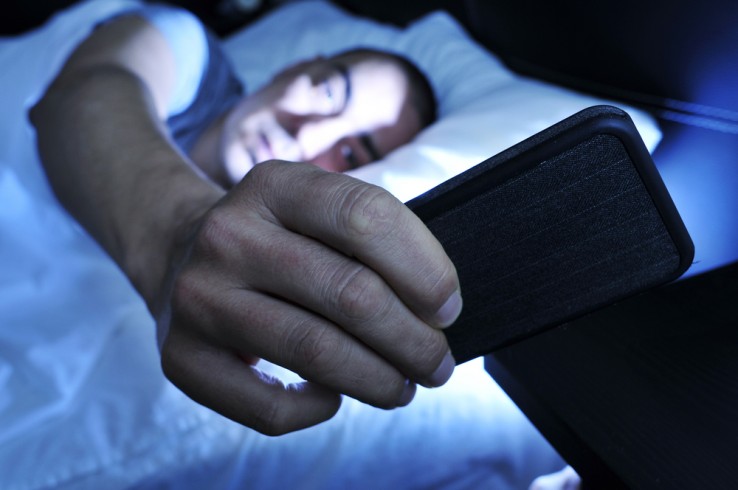 This new group of apps can be used to transform the blue light into red light during the night. Most of them use the clock on your phone to detect when the sun has set and at this time, the app places a red overlay on the screen to transform its colour temperature.

Blue light is thought to disrupt sleep because it causes the body to suppress melatonin – a chemical which controls the body clock. This makes it difficult for you to get to sleep, making you restless in the night and tired the next day. Some research also suggests that blue light makes the brain more alert, which can be helpful in the day but is an undesirable effect at night.

A red overlay cancels out these negative effects and significantly reduces screen glare, allowing you to return to a normal, natural sleep cycle.

“Even if you’re sceptical about it improving your sleep, you will immediately notice a reduction in eye strain when using your phone in a dimly lit room” says Andy Betts of makeuseof.com, the author of an in-depth report on blue light filtering apps.

There are a few issues with the app which could be problematic for some. They give everything on the screen a red hue which takes some getting used to, and they reduce contrast on the screen, making some buttons and features harder to see or use. However, the issues are very minor and seem to be outweighed by the potential benefits.