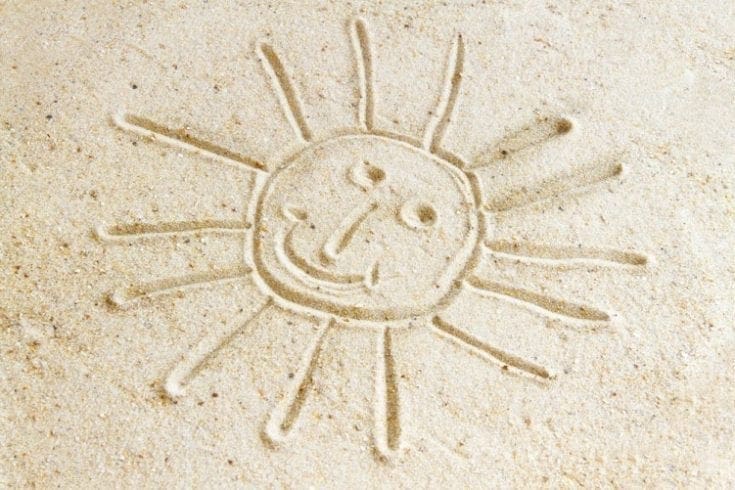 The growing prevalence of skin cancer has made many concerned about the amount of time they spend exposed to potentially harmful UV rays. However, there are also problems that can be caused by too little time in the sunshine, prompting UK researchers to develop a wristband which tells us when we’ve soaked up enough sun.

The wristband contains a dye which gradually disappears in the sunshine, mimicking the way the wearer’s skin absorbs sunlight. When the ink disappears, this tells the wearer that they have had the maximum amount of sun exposure that day, as recommended by dermatologists. The ink isn’t permanently destroyed by the sunlight, so the device can recharge overnight.

“It is for people who care about the potential dangers but still want to have some fun – mother, parents for their children or for themselves, older people, people who want to know when it is still safe,” says Dr David Hazafy, of Queen’s University Belfast school of chemistry and chemical engineering.

The wristband’s creators believe that it can help to tackle the problem of vitamin D deficiencies, which have become more common as people have become more concerned about the possibility of skin cancer. The device will allow them to make the most of sunshine by informing them just how much a safe amount is.

“The sunshine gets the negative press,” says Dr Hazafy. “People are quite scared of getting skin cancer so they don’t go out at all. They cover themselves and then there is a problem with vitamin D deficiencies. You need a little bit of sunshine to create vitamin D. If you don’t go out at all because you think the sun is dangerous, you don’t get it.”

The wristband is expected to go on sale in time for summer next year, with a two-week holiday’s worth of bands costing between £5 and £10.