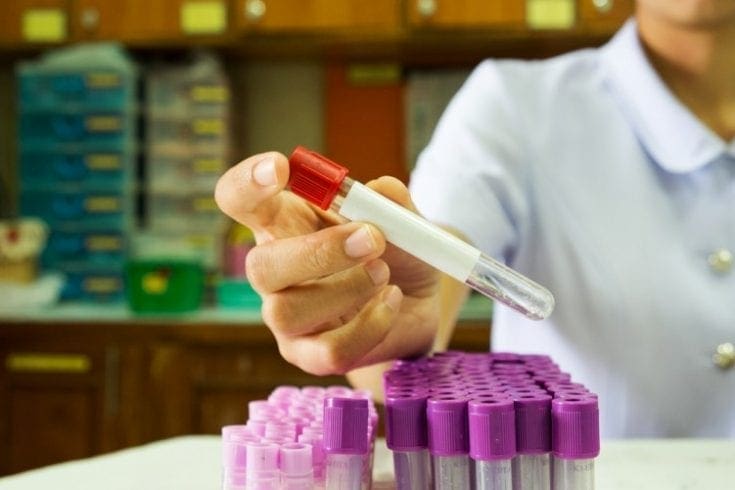 New research suggests that your blood type may affect how your brain ages, and your risk of developing neurological conditions such as Alzheimer’s disease.

Research fellow Matteo De Marco and Professor Annalena Venneri, from the University of Sheffield’s Department of Neuroscience, analysed the results of 189 Magnetic Resonance Imaging (MRI) scans from healthy volunteers. They calculated volumes of grey matter within the brain and looked for differences between different blood types.

The results showed that those with an ‘O’ blood type have more grey matter in the posterior proportion of the cerebellum, helping to protect them against diseases such as Alzheimer’s

Those with ‘A’, ‘B’ or ‘AB’ blood types typically had smaller grey matter volumes in temporal and limbic regions of the brain, including the left hippocampus, which is one of the earliest parts of the brain to be damaged by Alzheimer’s disease.

A reduction of grey matter volumes is normal in the ageing brain, but the grey matter difference between blood types seems to intensify as a consequence of ageing.

“These findings seem to indicate that people who have an ‘O’ blood type are more protected against the diseases in which volumetric reduction is seen in temporal and mediotemporal regions of the brain, like with Alzheimer’s disease for instance,” says Mr De Marco. “However, additional tests and further research are required as other biological mechanisms might be involved.”

“What we know today is that a significant difference in volumes exists, and our findings confirm established clinical observations,” says Professor Venneri. “In all likelihood, the biology of blood types influences the development of the nervous system. We now have to understand how and why this occurs.”

This study is the first to reveal that blood types play a role in the development of the nervous system and the risk of experiencing cognitive decline.