Laughter Really May Be The Best Medicine!

Posted by The Best of Health
Categories: Wellbeing/ 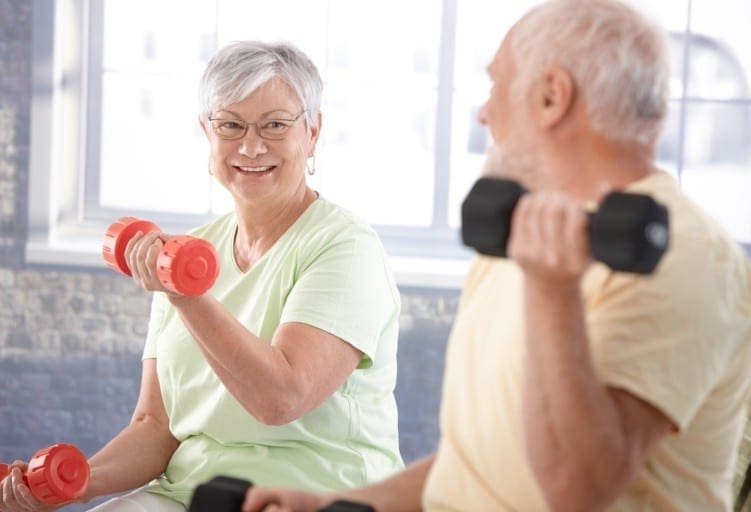 When it comes to health matters involving us over 50s, a recent study has found that a combination of laughter and moderate exercise really can be beneficial. Despite the fact that we all know we should engage in regular exercise, the simple fact is that many of us don’t manage anything like the recommended 150 hours of moderate aerobic activity every week. We know that regular physical activity can boost heart health, reduce the risk of diabetes, help us control our weight, improve our bone health and increase our muscle strength. Yet, many of us don’t get the exercise we need for a variety of reasons. Maybe if the fun could be put back into fitness, we would be more motivated and therefore reap the health benefits.

A team led by Georgia State University in the United States set out to investigate whether combining laughter with physical activity would boost exercise enjoyment for older adults. The team created a programme known as LaughActive. This incorporated moderate intensity physical activity with simulated laughter techniques. These included eye contact and playful behaviour which triggered genuine laughter.

The study involved 27 older adults, all of whom were in assisted living accommodation. They were required to attend two 45 minute sessions each week for a period of 6 weeks. The sessions included strength, balance and flexibility exercises interspersed with short laughing exercises.

At the end of the programme, 96.2% of the participants said that laughter was an enjoyable addition to the physical exercise. 88.9% felt that the laughter part of the programme made them want to join in and continue with the exercise activities and even take part in other exercise programmes.

Celeste Green, from the research team said: ” The combination of laughter and exercise may influence older adults to begin exercising and to stick with the program.”

The LaughActive programme was also found to achieve significant improvements in the mental health and aerobic endurance of the participants. Furthermore, the team says that the approach could benefit people with cognitive impairments to reap the health benefits of laughter. They pointed out that simulated laughter doesn’t require cognitive skills to “get the joke” because there is no joke to understand.

The team also pointed out that more and larger studies were needed to gain a better understanding of how laughter could benefit health.

Further research into the health benefits of laughter 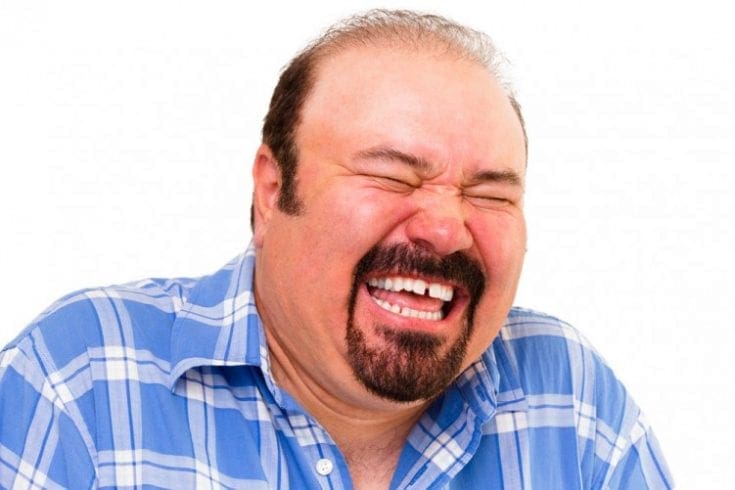 Results from research studies have now proved that the more you laugh, the better your blood glucose stabilisation will be. We all know that laughter makes us feel better, but the saying ‘laughter is the best medicine’ is now a scientifically proven fact.

It would seem that laughter brings much more than a momentary lifting of the spirits; it makes very beneficial changes to the body as well as the mind. Pain-killing endorphins released during just one bout of laughter will continue to be effective for up to twenty-four hours afterwards. There is even a specialist field for the research into the psychological and physiological effects of laughter and the title given to an expert in this field is a ‘gelotologist’. So it would seem that medical science must have been aware for some time that laughter can help with various conditions.

What exactly happens when you laugh?

Laughter is the result of your brain processing some information, either visual, audible or both and deciding that it’s funny. This is humour, and laughter is the next stage when the physical effect of your sense of humour kicks in. When this happens, the epiglottis causes a constriction of the larynx and prompts the involuntary spasm that comes out as a laugh.

As soon as you begin to laugh a whole chain of positive reactions take place. Many different muscles of your face and body get a workout and endorphins are released, causing blood pressure to lower. Circulation then also improves so the cardiovascular system is strengthened. In addition, the nervous system is stimulated and even the immune system is bolstered. All this without the need for a single pharmaceutical product!

A recent two-day study into the effects of laughter on blood glucose was carried out by Dr Keiko Hayashi at the University of Tsukuba in Japan. Because it is known that negative emotion such as fear and anxiety can raise blood glucose levels, Dr Hayashi wished to discover if the reverse was true. He set out to establish whether positive emotions such as laughter, which is known to affect the levels of neuroendocrine factors responsible for an improved immune function, could actually lower blood glucose.

The study consisted of a large group of people who had type-2 diabetes but who were not using insulin, and also a group of non-diabetic participants. First they tested and recorded their blood sugar levels after which they were all given identical meals. After eating they sat through a lecture with no comedic content (boring in other words). Their blood glucose levels were tested again following the lecture. On the second day, the same group followed an identical procedure but instead of the lecture, they watched a 40-minute live comedy show. All the participants joined in the laughter, and afterwards their blood glucose was measured again. Findings showed that both diabetics and non-diabetics had significantly lowered blood glucose levels after the comedy show in comparison to the readings obtained following the lecture.

These results indicated that the body uses up more blood glucose when laughing, possibly due to muscle motion and the official conclusion was:

Laughter has a positive effect on the neuroendocrine system which suppresses the elevation of blood glucose. The inhibitory effect of laughter on increased post-prandial blood glucose levels suggests the importance of daily opportunities for laughter in patients with diabetes.

The results of this study were published in the journal ‘Diabetes Care’.

We all know that leading a sedentary life is directly related to obesity and also to a rise in blood sugar levels. Laughter is one exercise that acts not only on the body, but also on the mind. It improves flexibility and also helps mobility. Laughter provides an effective cardio workout, making the heart beat faster as in aerobic exercise. Laughter brings about a faster heart rate more quickly than any other form of exercise.

Laughter is an international language. We all do it, and it sounds pretty much the same no matter which part of the world we call home. It crosses age barriers and knows no class boundaries. For those who are not fit enough to take much physical exercise, laughter is like a form of internal jogging. It empties the lungs of stale air whilst at the same time bringing fresh oxygen into the body. In searching for ways to conquer the symptoms of type-2 diabetes, laughter comes out as one of nature’s most wonderful healers. So what are you waiting for? Go on, have a good laugh.

Why not follow us on Facebook to receive regular health & wellbeing updates. You will also find inspirational Thoughts for the Day, nostalgic memories and The Lighter Side with cartoons to bring a smile to your face!