Posted by The Best of Health
Categories: Weight Loss / 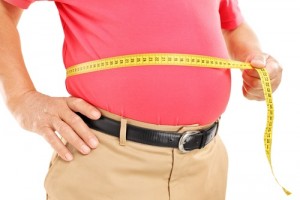 If you’ve ever wondered why you just can’t shift that extra little bit of belly fat, scientists have discovered that it might be in your genes.

Recent research from Duke University, North Carolina, reported in the Proceedings of the National Academy of Sciences journal, has identified a gene called Plexin D1, which they believe may be responsible for making fat gather around a person’s midriff, rather than their thighs or bottom.

The study involved examining small tropical fish called zebra fish, who have transparent bodies which allows their inner workings to be observed. A dye was used to turn fat cells fluorescent, and researchers observed that fish with the Plexin D1 gene stored more fat around their abdomens than fish without the gene. Those fish without the gene were also found to be better at processing sugar, which might relate to a lowered risk of diabetes.

If this gene turns out to work in a similar way in people, which scientists estimate that it might, then this could lay the groundwork for drugs which could counteract its effect, and stop the build-up of disproportionate amounts of fat around the belly.

This isn’t only a superficial benefit; it’s also possible that having fat around your middle is less healthy than having it distributed around your hips, legs or bottom. This is because belly fat surrounds vital organs, and produces hormones and other chemicals which can affect blood pressure, cholesterol and blood sugar levels. In turn, this can increase the risk of a number of health problems, including heart disease, diabetes and strokes.

It may yet require significantly more research before this discovery can lead to such a drug, but in the meantime many people may take some comfort that if their hard work doesn’t seem to be giving them the body they want, it may really not be their fault after all.