Vitamin D Could Play a Role in Preventing Age-Related Diseases 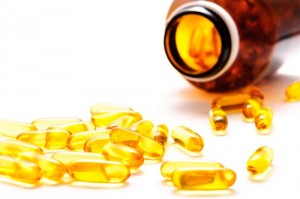 According to new research, consuming the right amount of vitamin D could help to prevent a variety of health problems associated with ageing.

The study took place at Loyola University Chicago Marcella Niehoff School of Nursing (MNSON), and researchers reviewed evidence which suggests a link between vitamin D deficiency and a number of chronic diseases or conditions which are often associated with ageing, such as osteoporosis, cardiovascular disease, cognitive decline, depression, high blood pressure, type 2 diabetes and cancer.

Older adults are more at risk of a vitamin D deficiency because of factors such as diet, decreased time outdoors and their skin’s reduced ability to absorb the nutrient.

The researchers pointed out that the number of people over the age of 65 is expected to double between 2012 and 2060, so vitamin D deficiency is likely to become an increasingly prevalent problem. They suggest that as the older population grows, universal guidelines for testing and treating vitamin D deficiency are needed, and the correct dosing of vitamin D supplements to prevent chronic age-related diseases should be determined.

“Better understanding the relationship between vitamin D and chronic diseases in older adults, and whether treatment of vitamin D deficiency can prevent or treat these disorders, is important given the increasing number of people at risk for these health issues,” says Meghan Meehan of MNSON, another of the study authors.

The Institute of Medicine recommends that 600 IU of vitamin D per day should be consumed up to the age of 70, and that this should rise to 800 IU for those over 70.