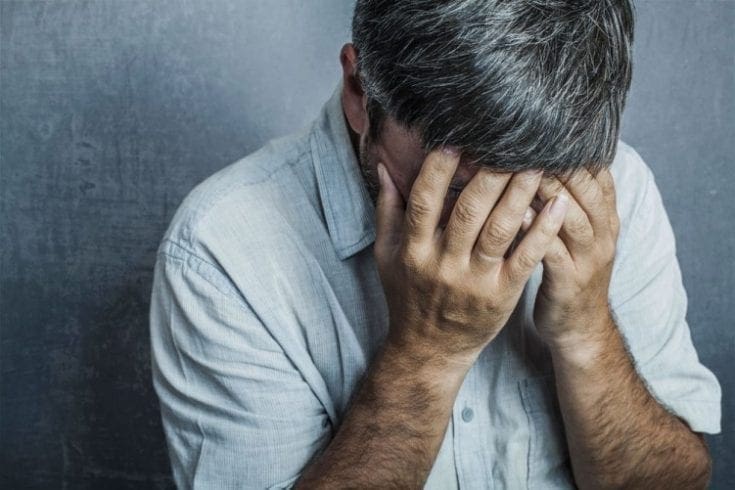 Trigeminal Neuralgia is a rare neurological condition which many know little or nothing about. Because it is such painful and debilitating condition, and one which can be difficult to diagnose correctly, it is helpful to know the facts about symptoms, treatments and support options.

What is TN?
Trigeminal Neuralgia is an intermittent facial pain condition, normally affecting one side of the face only, caused by the malfunctioning of one or more branches of the trigeminal nerve. The trigeminal nerve, the largest nerve in the head, is the fifth cranial nerve and its primary function is to send pain messages to the brain. TN has been called “the worst pain known to man”, and it is characterised by sudden, excruciating spasms of electric shock-like pain, usually just on one side of the face.

Thankfully, it is a relatively rare condition, thought to affect less than 0.01% of the population (although the latest indications are of 12.6 per 100,000 people in the UK). It is more common in women than in men and although it usually affects people aged 50 or over, the Trigeminal Neuralgia Association is coming across many more younger sufferers, even young children.

The exact cause of the condition is unknown, but it thought to be a result of damage to the root of the nerve at the base of the skull where it emerges from the brain stem, and often because the nerve is being compressed by a vein or an artery. This damage causes the nerve to malfunction and send messages of intense pain to the brain in response to just a light touch on a ‘trigger’ area of the face. The pain can last from a few seconds to a few minutes and there can be many bursts of pain in quick succession.

Treatment and Issues
Many patients suffer for months or years without correct treatment and even undergo extensive, unnecessary dental work before the condition is correctly diagnosed. There can be periods of complete pain remission but these gradually become shorter and shorter, and patients therefore live in constant fear of a severe attack of debilitating pain. Any facial movement such as eating, talking, smiling or kissing, washing the face or brushing the teeth can provoke an attack and this can completely destroy any quality of life. Unable to live normally, patients become isolated and depressed, sometimes to the point of suicide.

Normal painkillers do not bring any relief and, initially, anticonvulsants (used to treat epilepsy) are prescribed.  However, these often have very unpleasant side effects and lose their efficacy with time, so larger and larger doses are required.  When the medication is no longer effective, or if the side effects cannot be tolerated, various surgical procedures can be considered, although these carry a risk of complication and results are not long-lasting. The most effective operation is a Microvascular Decompression (MVD) – major surgery which involves moving the offending blood vessel(s) away from the nerve close to the brain stem. Unfortunately, TN has a habit of recurring and very few patients get relief for more than 7 to 8 years, even following an MVD.

Trigeminal Neuralgia Association UK
The Trigeminal Neuralgia Association UK (TNA UK) is a support group for people suffering from this agonisingly painful neurological condition. The Association was formed in 1999 by a patient and a doctor specialising in treating TN to offer support and encouragement to sufferers, and became a registered charity in 2002. The aims of the Association are to continue to provide information and offer support to members, and to raise awareness of TN among medical professionals and the general public. TNA UK receives no Government or corporate funding and is entirely dependent on membership fees and donations. All officers of the Association give their time voluntarily and TNA UK has had over 3,500 members, receiving several new enquires each week. 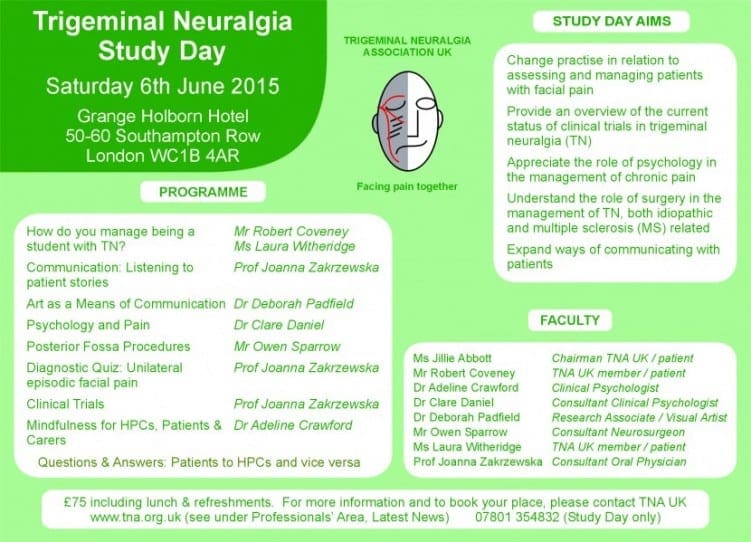