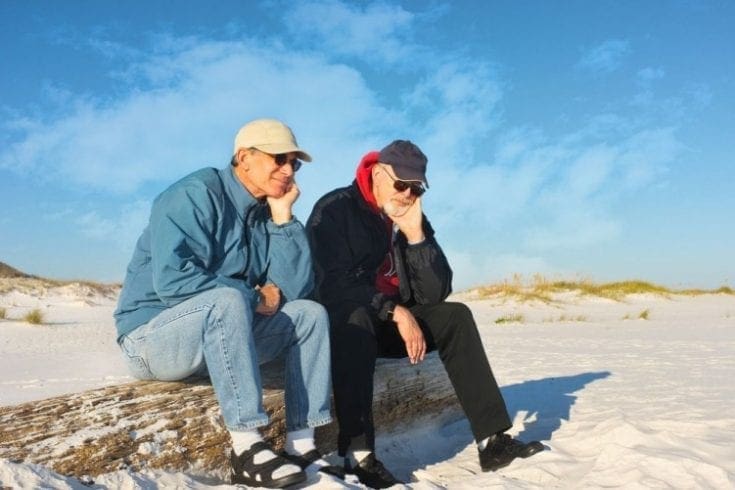 The female menopause is well documented. When women reach their late forties or early fifties, the menopause manifests itself in a variety of ways. Menstrual periods cease, levels of oestrogen and progesterone decrease and females experience a variety of other symptoms including hot flushes, fatigue and occasional bouts of depression.

Until fairly recently, it was believed that there was no male equivalent. However, medical experts and even the NHS now acknowledge that men go through a form of menopause, though the correct name for the condition is the andropause. Like females, most men seem to develop symptoms from their late 40s onwards.

The Andropause or Male Menopause: What is it?

The NHS defines the male menopause as a condition where men may become depressed, notice that their libido is reduced, experience erectile dysfunction and other symptoms. Signs of the andropause are often quite similar to female menopause and include:

The male menopause is still relatively unknown amongst many men in the UK and often those who are aware of it are confused as to exactly what triggers the symptoms.

The name ‘male menopause’ is highly misleading as it implies that hormones are the root cause of the condition, in much the same way as the female menopause.

According to an article in Medical News Today, at around 30 years of age testosterone levels begin to drop, albeit at a fairly gradual rate of approximately 1% a year. The result of this is that, by the time men reach their 70s, they have around 40% less testosterone in their body than when they were 30.

It was initially suspected that decreasing levels of testosterone were the sole cause of the andropause, however evidence disproves this theory as not all men experience the symptoms. The British Association of Urological Surgeons state that the actual cause is “very complex” and seems to occur more commonly in those with high blood pressure, heart disease, type 2 diabetes and obesity.

In simple terms, the andropause is not triggered by one particular thing but by a complicated mix of causes. It is even thought that lifestyle choices such as smoking, drinking excessive amounts of alcohol, and stress could also be contributing factors.

What Help is Available?

Even though some still maintain that the andropause is fiction, not fact, most GPs recognise that the condition exists and are able to offer a variety of treatments to help you cope with your symptoms.

You’re likely to be asked a lot of questions regarding your general health and fitness, and also about your lifestyle choices. If the main symptoms causing you problems are psychological, such as depression or anxiety, your doctor may suggest that you see a therapist in order to help you manage your emotions.

However, if you’re experiencing physical symptoms, such as excessive sweating or hot flushes, you may be recommended Hormone Replacement Therapy (HRT) in the form of tablets, patches, injections or implants, to help compensate for your hormone deficiency. If you’re experiencing erectile dysfunction, there are a variety of treatments available to help you, from injectable medications and oral drugs such as Viagra, to vacuum pumps.

Seeking Support for the Male Menopause

If you’re struggling to cope with either the physical or emotional side-effects of the andropause, remember that help is available to you. Talk to your GP to find out what course of action will best help you to manage your symptoms and get on with your life.

To keep up to date with health issues especially geared to the over 50s, why not sign up to our free newsletter, The Best of Friends via this link.