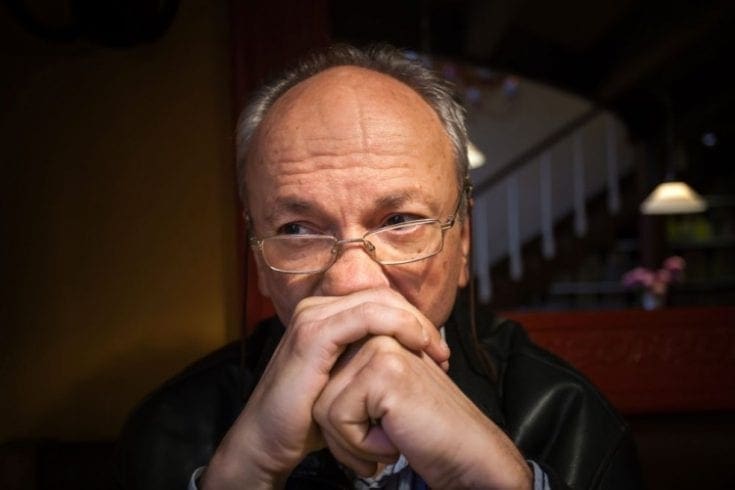 The fact that depression has made its way into a current storyline of one of TV’s biggest soaps shows that the mental illness is finally being taken seriously as a major health concern for people in their later years. Although Coronation Street’s Steve McDonald is only at the age of 40, when life supposedly begins, the usual upbeat comedic character’s gradual fall into a deep hole of depression, over the past few months, shows how the illness can slowly take hold of anyone, at any time, as they age. Added to this is the news that many celebrities have this year come forward about experiencing long-term depression. Although this is sad to hear, it positively suggests more people are no longer suffering in silence. They are talking about depression, recognising the illness for what it is, with the comforting knowledge that there is no shame in doing so.

The Silent Effect of Depression
According to the National Institute of Mental Health in the US, late life depression is a major public health concern. The Mental Health Foundation, which is the UK’s leading mental health research organisation, has also published statistics that depression affects as many as one in five older people living the in the community.

The Diagnostic and Statistical Manual of Mental Disorders, published by the American Psychiatric Association, describes the classic symptoms of depression as a sustained low mood and lack of interest in things they used to enjoy, as well as continuous feelings of sadness and hopelessness for more than two weeks.

The physical effects of depression are fairly well understood. But perhaps the most insidious aspect of depression is the silent effect it has on our perception of the world and our psyche. Often, people who are depressed do not even notice that their way of thinking has shifted into something more negative. In older adults this can resemble bitterness and resentment of things that have gone wrong at some point in their lives.

Undiagnosed and Undertreated
Unfortunately, depression is often undiagnosed and undertreated in older adults. One reason for this is the stigma that is associated with mental illness, and this particularly affects older adults. This is because people from older generations were brought up when there was a less accepting attitude in society towards those with mental illness. Furthermore, a diagnosis of depression can often contribute to additional feelings of weakness. The Centres for Disease Control and Prevention in the US has also identified other barriers to diagnosing and treating depression in older adults. This includes the difficulty in distinguishing some of the more physical symptoms of depression from those of normal ageing. In some cases, psychological symptoms of depression can resemble those of dementia; confusion and memory problems, for instance.

Triggers of Depression
Most things that happen to us in life bear some level of psychological stress. We experience many emotions through our lives, but as we age our experiences can create emotions and feelings which lead to depression. We may decide to change our career path, or retire, which can change social identity and status, as well as our financial situation. The Mental Health Foundation says we also may experience feelings of loneliness and isolation from losing close friends and family, or through being widowed or divorced. We could also develop physical disabilities or illnesses, which make us question our own capability to survive and bring about fears of death. A combination of these factors are likely to provide a breeding ground for depression.

Getting Help to Beat Depression
Beating depression can be a long process, but first realising, acknowledging and admitting you are depressed is half the battle and is a very good place to start. Treatment for depression usually involves a combination of medicines, talking therapies and self-help, based on the type of depression you have. If you think you are experiencing feelings of depression, it is important to first talk to you GP. They will then find the best treatment that is right for you.