The Not-So-Sweet Truth: Is Your Sugar Habit Aging You Prematurely? 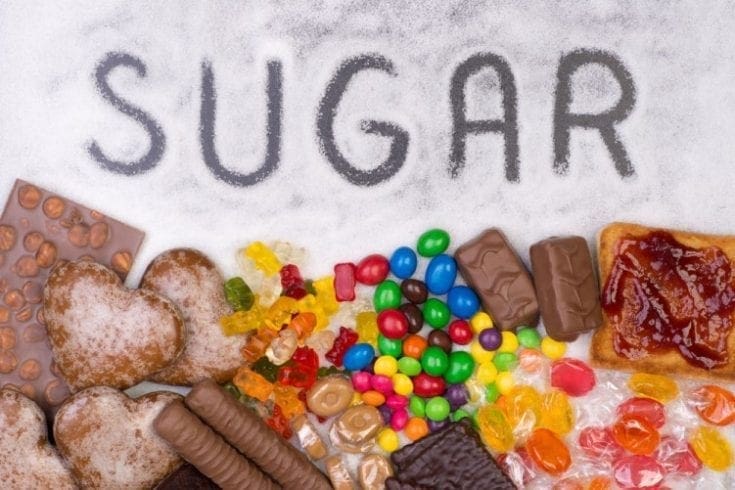 Do you have a sweet tooth and find it hard to resist chocolate bars, sugary cakes and chewy sweets? If so, you’re certainly not alone.

According to experts, the UK is currently in the midst of a ‘sugar-addict’ pandemic, with the average person consuming 238 teaspoons of the sweet stuff a week. At 34 teaspoons a day, that’s over five and a half times more than we should be eating, according to recommendations from the World Health Organisation.

The Damaging Effects of Eating Too Much Sugar
There has been considerable focus on the health impact of a high-sugar diet recently. The NHS warns that over-consumption of sugar can lead to obesity, heart disease and Type 2 diabetes. However, in spite of health concerns, the UK government still remains sceptical about how much sugar is to blame for the nation’s current obesity problem.

As Simon Capewell, professor of clinical epidemiology at Liverpool University says, ‘The tactics of the Big Good and Big Soda multinationals are thus very similar to those employed by Big Tobacco. How much longer will society tolerate industry profiting from making children obese? These obese children then face premature deaths, deaths which are 100% preventable.’

Aging Effect: Another Reason to Cut Down?
As if the risks to health weren’t enough, according to dermatologist Dr Fredric Brandt, sugar is also causing us to age prematurely too. He outlines the effect of sugar in the bloodstream, and highlights how this can cause wrinkles and sagging, sometimes far earlier than would normally be expected.

He details what happens when you consume sugar. After eating it, a process occurs in the body, called glycation. This is where sugar molecules effectively glue to your protein fibres, such as collagen and elastin fibres under the skin, and makes them more brittle. Eventually, after a period of time, these protein fibres snap, causing your skin to sag and wrinkles to form.

However, according to Brandt, this isn’t the end of it. Glycation continues to occur, which makes the proteins mutate, resulting in harmful new molecules called Advanced Glycation End products. These cause inflammation and further damage in the skin, resulting in premature aging that is difficult to reverse without undergoing some form of cosmetic procedure.

Hidden Sugars
If you’re keen to cut back on sugar, for the sake of your health and your appearance, it’s important to be aware of where to look for it. Some packaging will indicate how much sugar is in a food product. Anything over 22.5g per 100g indicates there is a lot of sugar in the food. Anything below 5g per 100g tells you that it has a low sugar content.

Sugar often appears in foods that you might not expect; such as tomato soup, bread and fruit juices. It’s important to remember that wheat-based foods also break down into sugar after you’ve eaten them, though they’re certainly less damaging to your health than more obviously sugary products.

If you’re unsure about what to eat in order to improve your health and avoid the aging effects of sugar, arrange to discuss things with your GP, who will be able to provide you with a clear idea as to what you should be eating.