The Middle-Aged are the UK’s ‘Hidden Drinkers’ 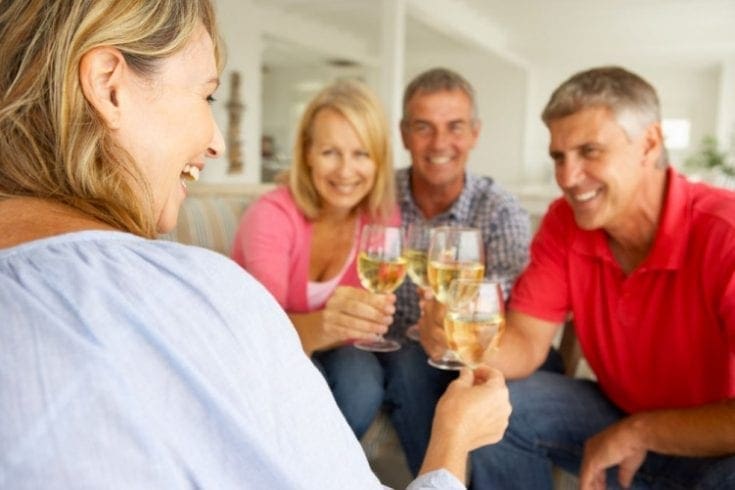 Drinking too much alcohol is a habit which tends to be associated with the young, but a recent UK poll has shown that it’s actually middle-aged Britons who are drinking the most. More specifically, those between the ages of 45 and 64 have been declared the nation’s ‘hidden drinkers’.

According to the research, conducted by Drinkaware, 32% of those in the 45-64 age bracket regularly drink above the recommended weekly limit, as opposed to 19% of 18- to 24-year olds. The results showed that many middle-aged people tend to drink casually at home, and are more likely to drink over the recommended limit because they have a higher tolerance for alcohol. If they don’t feel drunk, they don’t feel like their intake is too high.

“Just because you don’t feel like you are drinking enough to get drunk, doesn’t mean you aren’t damaging your health,” says Elaine Hindal, chief executive of Drinkaware. “In contrast to public perceptions that young adults are the more risky drinkers in the UK, in fact over the course of the week, their parents’ generation are drinking more.”

Not only are a large number of those drinking to excess unaware that they are doing so, but a significant amount even think they are reaping benefits from their alcohol intake. Around half of the middle-aged people polled who were drinking more than they should expressed the opinion that ‘moderate’ drinking was good for their health. The same amount firmly believed that their drinking habits would not cause any health problems later in life.

“Our research shows that 45- to 65-year olds could potentially be sleepwalking into long-term health problems as a result of their drinking patterns,” says Mrs Hindal. “Regularly drinking above the lower risk limits can increase your tolerance to the short-term effects of alcohol, but not to the strain it’s putting on your liver. As your tolerance increases, you’re more likely to drink more. This habitual behaviour could also put you at increased risk of becoming alcohol dependent.”

“I think people are very quick to pick up on the supposed benefits of drinking just small amounts, and are prepared to take a risk by drinking beyond the recommended limits,” says Professor Sir Ian Gilmore, chairman of the Alcohol Health Alliance. “This study shows that every decade you go up in age, people are more likely to drink regularly. This is because they have more disposable income, because of availability and because it has become more acceptable to drink at home.”