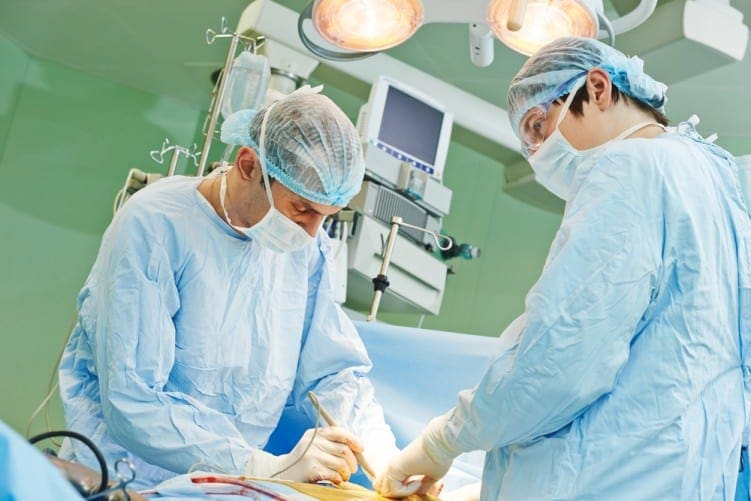 A new imaging technique has been developed that may help surgeons identify and remove more malignant cancer cells. This technique “lights up” cancer cells potentially enabling them all to be removed first time.

According to Dr David Kirsch, senior study author at Duke University Medical Centre in Durham, North Carolina, U.S., “When a patient has cancer the surgeon tries to find the tumour & cut it out. However there can sometimes be microscopic residual cancer left behind that the surgeon can’t see.”

In the trials the surgeons injected a blue liquid called LUM015 into the region where the cancer was located. The liquid seeks out a particular enzyme called protease that is believed to be found in large numbers in malignant cells. Once the tumour tissue is removed an imaging probe is placed at the surgical site. Any cancer cells left behind glow roughly five times brighter than healthy tissue & can then be removed, theoretically reducing the need for a second operation. This technique enables cancer cells to be more effectively targeted.

Dr. Stephen Freedland, director of the Centre for Integrated Research on Cancer & Lifestyle at Cedars-Sinai Medical Centre in Los Angeles stated “I do think using these little enzymes, these protease, to tell us where the cancer is absolutely does make sense. And in theory this concept should work for the vast majority of cancers. So although it’s at a very early stage, there’s a lot of promise here. And hopefully they are on the path to something great.”

The researchers say theirs is the first such approach to specifically use the protease enzyme to guide imaging. At present the study has involved research on mice & a group of 15 breast cancer patients & has produced no side effects and appears safe. A follow up trial is underway involving 50 breast cancer patients and the hope is to make the technology available by 2017.

Dr. Lisa Richardson, director of the U.S. Centre for Disease Control and Prevention’s division of cancer prevention & control, said “A complete and accurate diagnosis of cancer at the time of surgery is always the goal. This new technique may help surgeons be sure that cancer is completely removed during the procedure. If it pans out, the need for additional surgeries will also be decreased.”