Your 5 a Day Can Reduce Risk of Cancer 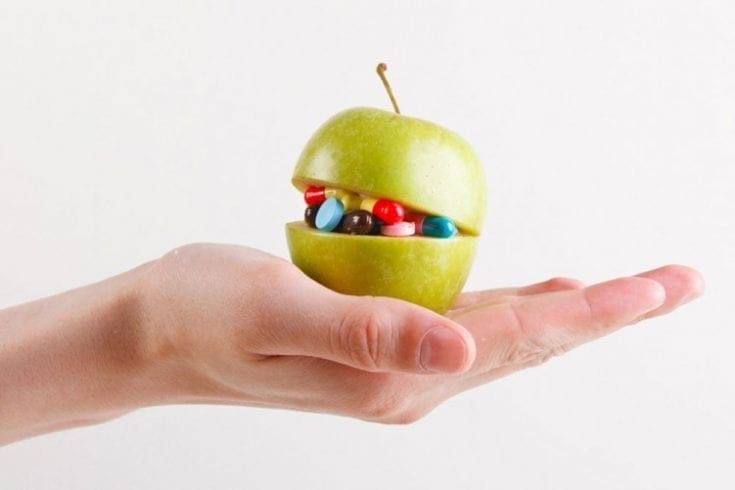 The foods we choose to eat on a daily basis have a profound effect on our health and our body’s ability to fight disease, particularly as we get older. Fruit and vegetables are key to this. We all know we should make sure we have our “five a day,” but do we really know why? Yes, they contain vitamins and minerals to help lead a healthy lifestyle, but, more importantly, according to the NHS, evidence now shows eating your five a day can reduce the risk of developing serious diseases, including cancer. The World Health Organisation guidelines also recommend you should have a minimum of 400g of fruit and vegetables every day to lower the risk of serious health problems.

The NHS says: “There is evidence that people who eat at least five portions [of fruit and vegetables] a day have a lower risk of heart disease, stroke and some cancers.”

Superfoods with Healing Powers
We have all heard the saying: “An apple a day, keeps the doctor away.” But the fact is, fruit and vegetables really can act as medicine for our bodies.

US inventor Thomas Edison, once said: “The doctor of the future will no longer treat the human frame with drugs, but rather will cure and prevent disease with nutrition.”

Edison’s words may seem a little extreme, but science is continually discovering more and more instances where our greens are proving to have a profound effect on our body’s ability to fight disease.

The British Dietetic Association and the NHS have teamed up to explain some of the powerful health values of what are known as the superfoods, which contain specific healing properties. They include fresh produce such as dark green leafy vegetables, as well as brightly coloured vegetables and fruits. These are loaded with anti-oxidants, the most powerful fighters of free-radicals; rogue cells which can introduce disease into the body and cause cancer.

Vegetables and fruits, as well as whole grains and legumes contain nutrients, pectin and substances that strengthen the immune system and destroy free-radicals before they have chance to get a hold. Brightly coloured peppers, for example, contain antioxidants, which can prevent or delay some types of cell damage. Garlic is also a powerful fighter of infection, while chilli can give your metabolism a boost.

Fruit and Veg for Good Gut Feeling
Making sure our bodies maintain a good balance of friendly bacteria in our gut is important to helping us build up our immune system to fight disease. Charlotte Palmer is a UK nutritionist and founder of Food Specialist, which provides health and well-being expertise to businesses. She says an optimal balance of good and bad bacteria in the gut “forms the foundation” for physical well-being. Fruit and vegetables, which feed this friendly bacteria, such as bananas, leeks and seaweed, should therefore be included in our diet.

“A large body of research has demonstrated how the optimal balance of good and bad bacteria in the gut forms the foundation for physical, mental and emotional well-being,” Palmer says. “Including foods such as chicory, Jerusalem artichoke, plantains, seaweed, bananas, garlic and leeks will help feed the friendly bacteria.”

Fermented Foods for Better Health
In addition to fruit and vegetables, Palmer says fermented foods, which are those produced or preserved by microorganisms, such as bacteria, can have great health benefits, particularly for the gut.

Palmer says traditional foods such as Kombucha, Kefir, sourdough and sauerkraut (sough cabbage) are experiencing a bit of a “renaissance” in the UK as a “growing awareness of the importance of gut health points the spotlight on their benefits.”

“Fermented foods have been used in ancient cultures for health benefits for thousands of years,” she says, “Adding fermented foods to your diet is another way you can look after your digestion and overall health.”

Add Healing Foods to Your Diet
Introducing fruit and vegetables and other healthy food options to your daily diet is quite easy, yet the difference to your health and well-being is immense. Even after many years of eating foods of poor nutritional value, it’s never too late to switch to foods that heal. Here are some simple suggestions how.