Posted by The Best of Health
Categories: Health and Wellbeing/Smoking Cessation/ 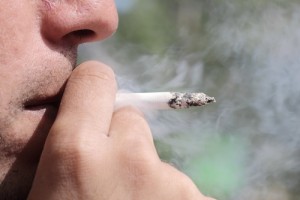 The British Heart Foundation has revealed which industries have the highest smoking rates in the UK. The country’s average smoking rate is 19%, which equates to nearly 10 million people and 74 million cigarettes smoked per day, but rates in certain industries are notably higher.

The highest number of smokers can be found in the accommodation and food service industry, where 31% of workers indulge in the habit, closely followed by the water and waste management industry (29%) and the construction industry (28%).

Meanwhile, the education sector can boast the lowest rate of smoking at 11%. Similarly low numbers of smokers can be found in the professional, scientific and technology sectors.

“No matter what industry you work in, smoking is extremely damaging to your heart healthy and the health of your business,” says Lisa Young, Project Manager for the BHF’s Health at Work programme. “But this research shows there is still a shocking divide between blue and white collar professions when it comes to how many of us are taking up this deadly addiction.”

The BHF are hoping that these statistics will encourage UK employers to join its Health at Work programme, which offers free expert advice on creating a healthier workforce, and to hold No Smoking Day events on 11th March. They have pointed out that the average smoker takes more sick leave and working breaks than non-smokers, meaning an estimated £8.7 billion per year lost in productivity.

“Good health is good business,” says Young. “That’s why we want all UK employers to help us tackle these inequalities head on by helping their workers kick the habit for good. By taking part in No Smoking Day, employers could help their staff take the single biggest step towards a healthier heart whilst reaping the benefits of a stronger, more productive workforce.”