Smoking Could Have Worse Implications Than We Thought

Posted by The Best of Health
Categories: Smoking Cessation / Health and Wellbeing / 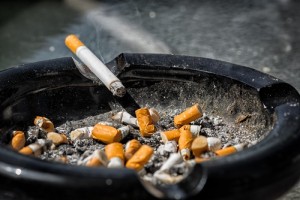 A new study has indicated that the health risks associated with smoking are much higher than previously suggested. The study monitored over 200,000 Australian smokers and non-smokers aged 45 years and over, over the course of 6 years –and the results have been alarming. Instead of previous findings that indicate one-in-two tobacco users die as a result of smoking, the new figures show that it is, in fact, two-in-three.

Despite the fact that some smokers may live a long life, the study shows that smoking greatly increases the risk of developing life-limiting illnesses, such as heart disease. Cancer Research UK claims that, of all long-term smokers, half will inevitably die from some form of smoking-related illness. However, more recent findings propose that the mortality rate may be even higher. According to Professor Emily Banks, leading author of the Australian study, the figure has been pushed up to a worrying 67% in the findings of British Doctors, UK Women and American Cancer Society volunteers.

Banks also claims that, despite the low rates of smoking in Australia (13% compared to the UK’s 20%), the study demonstrates how smoking makes premature death three times more likely, and that long-term smokers, on average, live ten years less than non-smokers.

Tobacco policy manager George Butterworth at Cancer Research UK stresses how, although these figures are concerning, they may not necessarily be accurately applied to the UK.

The good news is that quitting smoking can reduce health risks considerably; according to NHS Smokefree, ten years after quitting, the risk of developing lung cancer is halved, and the risk of heart attack decreases to the same as people who have never smoked.