Posted by The Best of Health
Categories: Smoking Cessation / Health and Wellbeing / 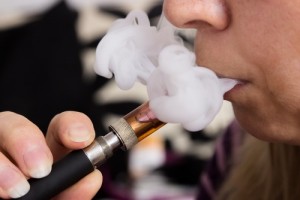 A recent study, published in the American Journal of Public Health, says that using e-cigarettes in an attempt to quit smoking may not be helpful. In fact, the researchers say that they may even make quitting more difficult. However, other experts have criticised the conclusion of the study, and argue that it does not provide reliable evidence that e-cigarettes negatively affect quitting rates.

Evidence that E-cigarettes Hinder rather than Help

“Based on the idea that smokers use e-cigarettes to quit smoking, we hypothesised that smokers who used these products would be more successful in quitting,” says study leader Dr Wael Al-Delaimy, professor and chief of the Division of Global Public Health in the Department of Family Medicine and Public Health. “But the research revealed the contrary. We need further studies to answer why they cannot quit. One hypothesis is that smokers are receiving an increase in nicotine dose by using e-cigarettes.”

While e-cigarettes were created to help people quit smoking, by allowing them to inhale nicotine while avoiding the harmful effects of tobacco smoke, many have expressed concerns that they may ‘re-normalise’ smoking and introduce more teenagers to the habit. This study suggests that e-cigarettes may indeed encourage the habit rather than reduce the need for cigarettes.

However, other studies have demonstrated a positive effect amongst those trying to quit smoking. In December, the Cochrane Library – the world’s leading producer of systematic reviews – carried out a review which showed that almost one in ten smokers using e-cigarettes had been able to quit smoking up to a year later, and around a third had cut down.

Criticisms of the Study

A number of experts have criticised the new study which says e-cigarettes reduce the chance of quitting, and have pointed out major flaws in the study and in the way that the conclusion was reached.

“This survey of 1,000 smokers in California claims that ‘smokers who have used e-cigarettes may be at increased risk of not being able to quit smoking’. Yet the study was not designed to determine this,” says Professor Linda Bauld, Professor of Health Policy at the University of Stirling. “It merely asked smokers at baseline and follow-up if they’d used e-cigarettes, with no information on whether this was trying them once or twice or regular use. It then simply described whether people who reported ‘ever use’ had stopped smoking tobacco. This was not a study of the effectiveness of e-cigarettes in helping people quit smoking, and should not be interpreted as such.”

Professor Peter Hajek, Director of the Tobacco Dependence Research Unit, Queen Mary University of London, takes the same view: “This survey provides little useful information. Smokers who found e-cigarettes effective and stopped smoking were excluded and only smokers who did not find e-cigarettes helpful were followed up. If this methodology and logic was used with e.g. headache sufferers who were not helped by painkillers, it would conclude that painkillers promote headaches.”