Slow Walking Speed Could Be Early Sign of Alzheimer’s 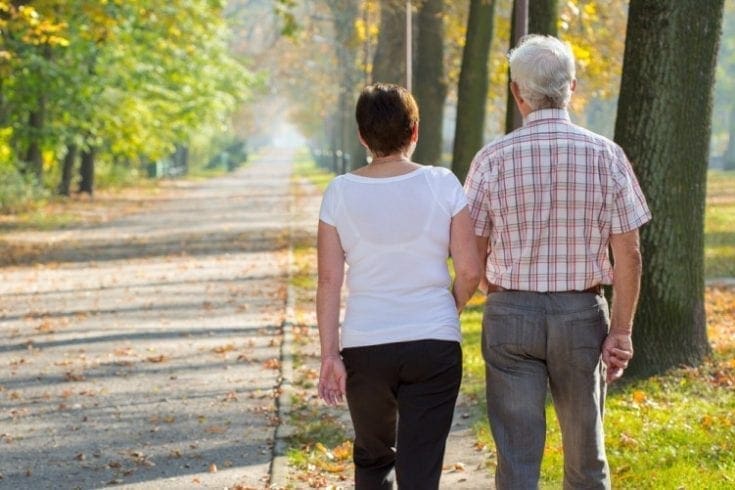 According to a new study, a slow walking speed may be an early indication of Alzheimer’s disease. The research revealed a link between how fast older people walk and their risk of developing dementia.

The study involved 128 people with an average age of 76 who did not have dementia but had symptoms of memory impairment. The participants had PET scans to measure levels of amyloid protein in the brain – a precursor to Alzheimer’s. Their walking speed was measured with a standard test which timed how fast they covered 13 feet at their usual pace.

Findings showed that those who had high amounts of amyloid in certain areas of the brain were more likely to walk at a slower speed.

“It’s possible that having subtle walking disturbances in addition to memory concerns may signal Alzheimer’s disease, even before people show any clinical symptoms,” says study leader Natalia del Campo of the University Hospital Toulouse in France.

The researchers suggest that assessing walking speed could be used alongside memory tests and other diagnostic criteria to assess a person’s risk of developing dementia. However, further research is needed to support these initial findings.

“Research has already shown that people with Alzheimer’s disease may have difficulties with walking – but it is unclear if this is due to the condition itself or other factors, especially those associated with ageing,” says Louise Walker of the Alzheimer’s Society. “More long-term research is needed to determine whether a build-up of the protein amyloid, which is one of the hallmarks of Alzheimer’s disease, directly leads to slower walking and whether this could form a suitable part of a clinician’s diagnostic process.”