Sleep Patterns Change as we Age 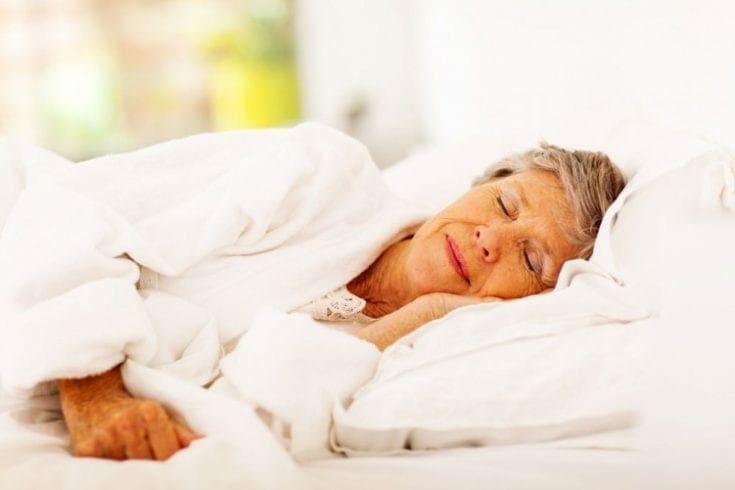 A good night’s sleep is important to staying healthy. After all, we spend one third of our lives asleep. However, it can become difficult to sleep soundly through the night as we get older. It is claimed over 50% of women and men over the age of 55 complain of sleep difficulties. Whether it is trouble falling asleep, waking up in the middle of the night, or poor sleep quality, it is this age group which is particularly affected.

Four Stages Of Sleep
Normal sleep consists of four stages with characteristic brain activity patterns. The stage of sleep where our brains are most active and our eyes move the most is called the rapid eye movement (REM) stage. It is during the REM stage that we dream. The other three stages are non-REM (1, 2 and 3). Our brain needs all four stages and during one night of sleep we cycle through them about four or five times. Each one of these cycles takes around 90 minutes. REM sleep is predominantly seen during the latter part of the sleep period, and conversely we have more deep sleep, such as non-REM stage 3, during the earlier part of the night.

Sleep Repairs And Restores
When we sleep our bodies release a multitude of substances, which work to repair and restore our physical and psychological well-being. This means lack of sleep, or low sleep quality, makes us more vulnerable to stress, injuries and infections. Research has shown that it is not only enough to get the right amount of sleep, but also to get it at the right time of our built-in circadian clock. Our circadian clocks are unique to our individual physiology. Essentially, this means not only does the amount of sleep required for someone to feel refreshed differ from person to person, but so does the ideal time of night they go to sleep. This is why some people wake up early in the morning, while some are night owls. Most of us are somewhere in between these two sleep types and can train our bodies to change our preferred time to get up, or go to bed.

Sleeping Difficulties
As we age, our sleep patterns change. Several studies have shown that older adults in general sleep less and have more fragmented sleep. They also spend less time in the deep sleep and dream sleep (non-REM 3 and REM) stages, than younger people do. There are many suggestions to why older adults report more sleep difficulties and frequent insomnia. Poor sleep habits, with irregular sleep-wake patterns (including daytime napping) that affect our biological rhythms is often a big factor. Lack of exercise and medication are contributing factors which can both impair the ability to fall, or stay, asleep. Psychological stress, a natural consequence of the changes in life occurring when we grow older, is a considerable factor. Installing an electronic device, such as a television, in a bedroom is also a prominent cause of insomnia. However, unlike younger people, elderly people, generally do not succumb to the temptation to use such devices in their bedroom space.

While we often do not stop to consider the importance of sleep, the truth is that enough sleep of good quality is essential for our well-being. Just as we make an effort in maintaining a healthy diet, so we should consider our sleep.