Sepsis Diagnosis Could Be Transformed By A New Test

Sepsis continues to take lives but sadly, only makes news headlines in a small number of cases. One of these was renowned orthopaedic surgeon, Tony Fogg, who died after failing to recognise the symptoms of this killer condition.

Early diagnosis is critical in spotting the condition and to this end, scientists are trying to find out what triggers the reaction involved in sepsis and how diagnosis can be made as early as possible.

Researchers at the University of Strathclyde are developing a device which may be capable of producing results in just two and a half minutes according to a report in the Biosensors and Bioelectronics Journal.

Doctors usually base their diagnosis of the infection on factors such as body temperature, rate of breathing, heart rate and blood tests. But the blood tests can take unto 72 hours to determine the best course of treatment.

The new test uses a device to detect the presence of one of the protein biomarkers of sepsis, interleukin-6 (IL-6), in the blood.

Dr Damion Corrigan who helped develop the test said the test would work well in GP surgeries and in A&E departments. The test would allow doctors to quickly rule sepsis in or out with massive implications for an effective treatment plan.

The researchers have applied for funding to develop the prototype and hope the low cost test could come into everyday use within three to five years.

New figures reveal that only one in four NHS trusts give antibiotics to half their patients with sepsis within the specified recommended period. This is critically important, as failure to act swiftly can lead to major organ failure and death. Politicians say the NHS has more to do to stop preventable deaths occurring.

In 2015, as a result of the growing number of sepsis cases going undetected, the NHS told hospital trusts to examine the way they were identifying patients with the condition. Figures from 104 hospital trusts revealed that 78% of eligible patients were being screened and 63% were given antibiotics within an hour. These figures cover the 12 months up to March 2017.

For more details of the report, you can click on this link to the BBC Panorama programme.

Every year sepsis kills an estimated 52,000 people in the UK. This is more than breast cancer, prostate cancer and road accident fatalities combined. Fresh concerns have once again been raised about it’s diagnosis and treatment as there is a worrying lack of awareness, leading to thousands of needless deaths.

The UK Sepsis Trust estimates that at least 14,000 lives could be saved across the UK each year through earlier diagnosis and treatment.

Sepsis used to be termed “septicaemia” and happens when immune chemicals leak into the bloodstream triggering the body’s immune system to go into overdrive. This can lead to blood clots and leaking vessels thus impairing blood flow and preventing the body’s organs from receiving the required oxygen and nutrients. If the immune system overacts in this way, the body can go into shock resulting in major organ failure and even death. It can be triggered by a simple cut or infection. 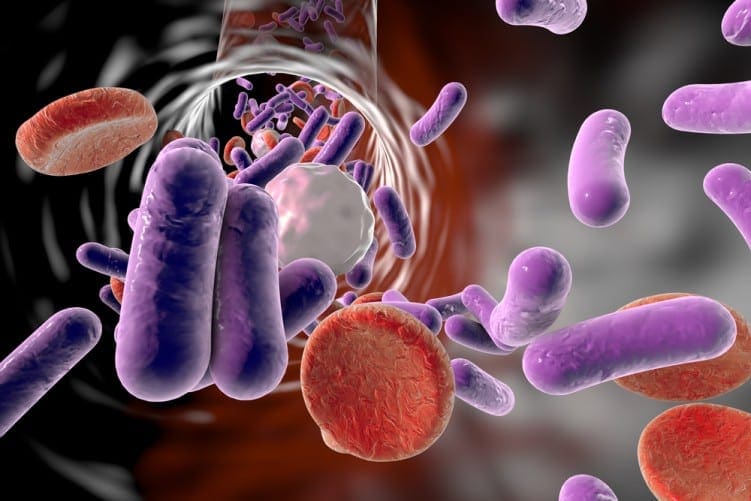 How big a problem is it?

In November 2015 the National Confidential Enquiry into Patient Outcome and Death (NCEPOD) suggests that there are as many as 200,000 cases of sepsis a year in the UK and up to 52,000 deaths. This is more than breast, bowel and prostate cancer combined.

The Health Secretary at the time, Jeremy Hunt, consulted with the charity UK Sepsis Trust and Melissa Mead, whose one-year-old son William died of sepsis in 2014 after the warning signs were missed.

What are the warning signs?

The symptoms to look out for in a child include:

Adult symptoms can include the following:

A combination of some of these symptoms can be a sign that the organs such as the lungs, kidneys and brain, are failing. Immediate medical attention should be sought if only to eliminate other conditions. According to the NCEPOD report, GPs and hospital doctors are failing to spot signs of sepsis- often mistaking it for flu- and are diagnosing the condition too late.

Dr Ron Daniels, chief executive of the UK Sepsis Trust explains: ” Sepsis can arise from any type of infection so it’s often hard to diagnose. In its early stages, sepsis can look and feel like a bad case of flu. The difference with sepsis is that it’s likely to make you feel much worse.”

What can be done to treat sepsis?

Relatively simple treatment can be life-saving if the condition is spotted early. Patients may be given antibiotics and fluids through a drip. Oxygen can also help. But once there is a deterioration, intensive care may be needed for extra support.

A campaign has been started whereby front line medical staff will be trained to spot the early signs quickly. Doctors and staff on NHS helplines will also be helped so that the signs are flagged up in the diagnostic process. Doctors and nurses have been ordered to treat sepsis with the same urgency as heart attacks.

If you suspect a child or adult who has had any infection – even a mild cold – and then develops one or more of the symptoms listed above, call 999 immediately and say that you think they have sepsis.

Finally, if you are concerned about warning signs for a variety of health conditions and are unsure whether to seek medical help, read our earlier post which identifies 10 warning signs of illness.

To stay updated on health and wellness issues, why not sign up to our free newsletter via this link.