Scientists Say Marriage Is Good For Your Health 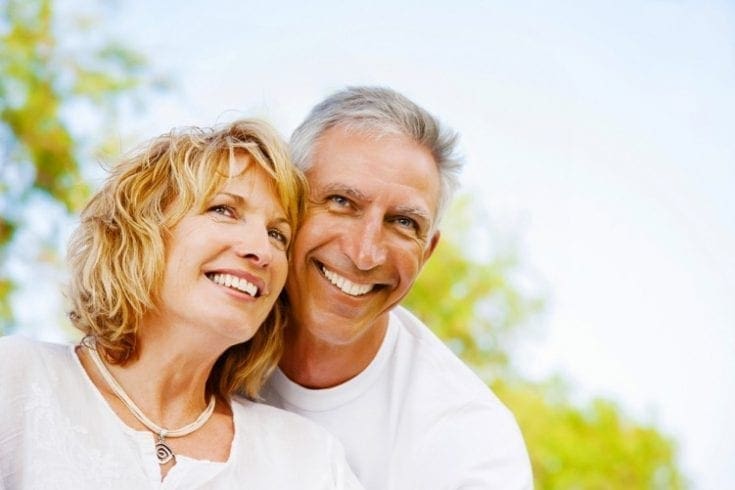 It’s easy to look at younger people and believe that they’re happier. After all, they’ve got the smoother skin, the boundless energy and the youthful good looks; which surely must bring them contentment. However, according to research, this is apparently not the case at all.

In fact, true happiness seems to come later in life, and is not the sole preserve of the young, beautiful and active. Scientists suggest that real contentment actually arrives when you’re in your 60s and 70s.

If You’re 60 and Called Steve, You’re in Luck!
A group of researchers operating on behalf of Cadbury Heroes undertook an extensive happiness poll in 2013, featuring 20,000 people in total. The aim of the study was to find out who the happiest people in the UK were, and exactly what factors contributed to that sense of mental wellbeing.

Researchers observed that ‘those in their mature years of 60s and 70s were happiest of all compared to their 20 year old counterparts.’

Additionally, factors such as your appearance, whether you were married or not and where you live had impact on your levels of happiness, and even your name seemed to have some influence. The study found that people with names such as Wendy, Steve, Lesley or Norman were happy, whilst those called Tina, Gary, Chris or Rebecca were among the unhappiest in the nation.

Retired Women the Happiest?
Further research carried out by Trinity Mirror’s Data Unit discovered a similar correlation between age and happiness; though managed to identify that the most contented people in the country were women in their 70s.

The study also showed that whilst teenagers are generally very happy, scoring 7.35 out of 10 on the ‘feel-good’ factor, most people then experience a slump in contentment until they reach retirement age. Overall, those aged from 71 to 80 scored most highly, rating their happiness as being, on average, 7.76 out of 10.

Seeking Out What Makes You Happy
If you’re in your 60s and 70s and don’t feel the warm glow of happiness, don’t presume that there’s something wrong with you. Whilst the research above indicates that many older people are enjoying their retirement, that doesn’t necessarily indicate that everyone feels the same.

In stark contrast to the evidence above, a 2011 campaign, established by Age UK Oxfordshire and Independent Age, discovered that 1 in 10 older people suffered from ‘intense’ loneliness; which can cause depression and anxiety. Likewise, other 60 and 70 year olds may suffer from ill-health, which is likely to have an adverse effect on levels of contentment.

If you’re feeling unhappy, remember that it is in your power to change things. Although ill-health and loneliness can both be challenging to cope with, it’s important to bear in mind that you are not alone. Seek out the support of family and friends, and talk openly with your GP about how you’re feeling. If you feel lonely, a great way of improving things is to join a local group. This is an excellent way to meet like-minded people whilst doing something you enjoy; which can also boost happiness!