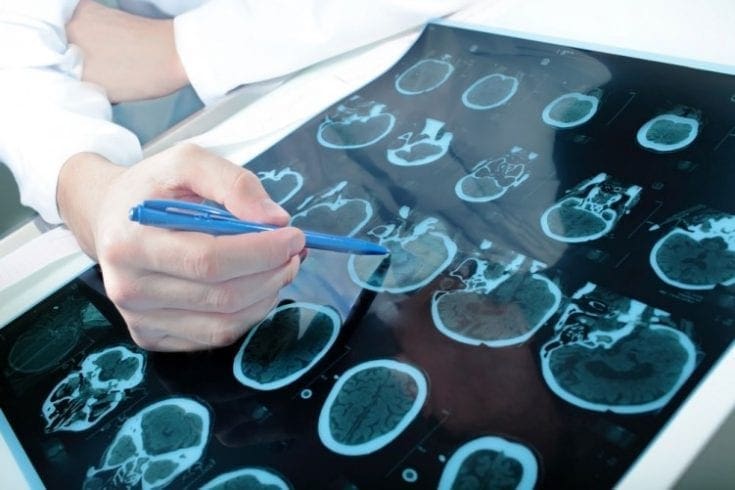 There is currently no effective long-term treatment for glioblastoma, the most common brain tumour in adults. Though surgery and chemotherapy are used in attempts to combat cancerous growths, this type of tumour is incredibly difficult to wipe out. However, research into how best to tackle brain tumours continues, and a group of US scientists, including University of Florida Health researchers, may have found a new method of slowing them down.

“Surgery tends to be the best way to remove a tumour, but it always comes back,” says Loic P. Deleyrolle, Ph.D, a research assistant professor in the department of neurosurgery at UF’s College of Medicine, who participated in the study. “Chemotherapy will never wipe away the tumour cells. We needed something else.”

The research team managed to halt the growth of a brain tumour in a mouse model. They did this by manipulating the signals in tumour cells that allow it to contract, thereby preventing the tumour’s growth by making it harder for the cells to squeeze through the surrounding tissue. The treatment boosted survival time for glioblastoma multiforme by 30% during testing.

“There’s only so much room in the skull, and as soon as the tumour tissue takes over the brain tissue, it can cause neuronal cell death,” explains Regina Martuscello, a UF predoctoral fellow and graduate assistant in neurosurgery, who worked on the study. “Reducing infiltration and invasion in tumour cells could ultimately increase patients’ survival.”

The findings offer hope that a new treatment for brain tumour patients, which overcomes the problems of existing treatments, is possible. The issue with chemotherapy is that around 50% of patients are resistant to it from the beginning, and almost all other patients develop a resistance to it later on. Meanwhile, the fact that glioblastoma tumours spread to so many different parts of the brain makes them difficult to surgically remove. This new test offers some of the first evidence that tumour progression can be slowed and survival improved by manipulating the way a cell “senses” its surroundings.

“When you reduce the invasive aspect of a tumour cell, you can reduce the damage to the patient and potentially extend their lifespan,” says Martuscello.

Considering how difficult it is for glioblastoma to be eradicated, keeping tumours contained is essential if survival rates are to be improved. While this new treatment does not offer a way to eliminate tumours, it may be of use in making them more manageable and less deadly. However, further study is still needed for the treatment’s effectiveness to be proven.