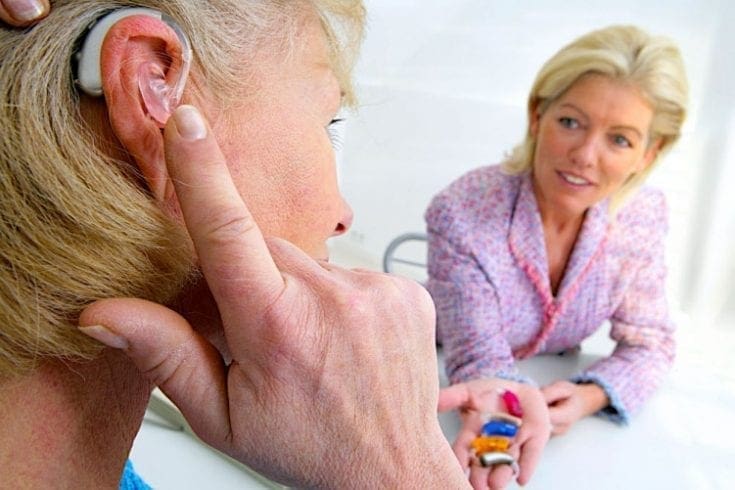 Millions of people across the UK experience problems with their hearing, particularly as they get older. Thankfully, hearing aids have been available on the NHS for over 65 years; in fact, they’ve been free as long as the National Health Service has been in existence!

However, free hearing aids may soon be a thing of the past, as the already over-stretched NHS announces further cuts to funding; meaning that in certain parts of the country, patients may only receive one hearing aid, instead of two.

It was revealed this month that 40% of trusts and health boards have made cuts, adopting the new policy of only offering the patient one hearing aid, instead of the standard two. In some cases, this may be enough. However, for other patients, one hearing aid will not be able to provide them with the full range of hearing.

In addition to this, it was reported that patients may have to wait until their hearing deteriorates further before being eligible for help under the NHS, and that further cuts to staff and appointments may make receiving the right medical attention even harder than ever.

Cuts to Hearing Healthcare: What are the Implications?

Currently, around ten million people in the UK experience some form of hearing loss. This includes half the people who are 60 or over. Estimations suggest that approximately six million could benefit from having a hearing aid, and of those, the vast majority would benefit from two hearing aids, not just the one.

Healthcare services have also proposed that those with only ‘moderate’ hearing problems may have to wait for treatment; although those with ‘severe’ conditions will still qualify.

The result? More people are likely to be forced to go private; which isn’t cheap. The average cost of getting hearing aids fitted privately and receiving other necessary treatment is around £3,000. For those that can afford it, this may not be such an unattractive option. However, for those who struggle financially, the right treatment may simply not be available to them.

The Real Cost of Hearing Aids

With the NHS in peril, it is hardly surprising that cuts are being made. The average cost for a pair of hearing aids is close to £200, and when follow-up and ongoing care is also factored in, it works out as approximately £400 per patient. With millions of patients requiring them, the costs soon add up. In fact, according to Action on Hearing Loss, it works out as around £83 million per year.

However, Paul Breckell, the chief executive for Action on Hearing Loss remarks: ‘We’re seeing decisions being made right now that there might be no going back from – reducing hundreds of thousands of people’s quality of life and robbing our future selves of a vital health service that has always been available on the NHS.’

Labour’s shadow health secretary, Andy Burnham, added ‘By rationing NHS treatment, ministers are betraying our pensioners – the generation who built up the NHS.’

Worried About Your Hearing?

If you’re concerned about your hearing, and worried about what treatment you’re entitled to, now is a good time to visit your GP and discuss your options. Whether you choose to use the NHS or go private, it makes sense to look after your hearing as best as possible.