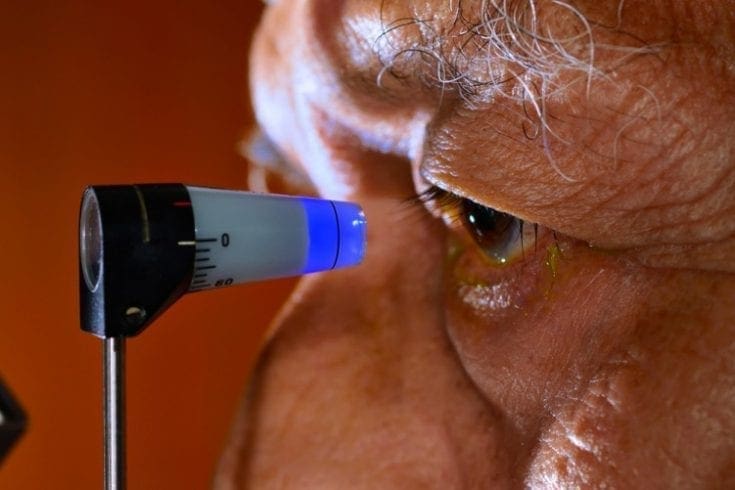 A new jab could be the simple glaucoma treatment that sufferers have been waiting for. Glaucoma, a permanent narrowing of vision usually caused by damage to the optic nerve, affects around 600,000 people in Britain. The condition causes an excessive build-up of liquid in the eye, which can now be dealt with using an innovative non-surgical procedure.

The new treatment involves using a hypodermic needle to inject a tiny pliable drainage tube into the eye, which allows excess fluid to flow out. The tube is 6mm long and the width of a human hair.

Previously, glaucoma sufferers have had to rely on more extreme procedures, such as a trabeculectomy, which involves the eye being cut and stitched up again. In this case, a small rigid tube is inserted into the eye to drain it, which is attached to a metal plate embedded below the eye to draw away the fluid. The new injection drains fluid in a similar way, without the need for such an invasive method of insertion.

“The technique is less invasive, there tends to be fewer complications and there’s quicker recovery,” says Keith Barton, of Moorfields Eye Hospital. “With a traditional trabeculectomy, it’s typically two or three months before the eye gets completely back to normal. With this, it’s more like four weeks.”

Vik Sharma, a consultant eye surgeon at the Royal Free Hospital in London, says the injection is much quicker and safer than a trabeculectomy, taking only a few minutes to administer. However, it is also more expensive, costing around £6,000 privately, as opposed to the £4,000 cost of a trabeculectomy.

“I can see this being taken up more and more in the NHS,” says Mr Barton.

He adds that the injection is “still not quite as effective as the traditional procedures in lowering eye pressure”, but assures that the technique “works for around 75 to 80 per cent of patients”. This is compared to 90% for the established treatment.