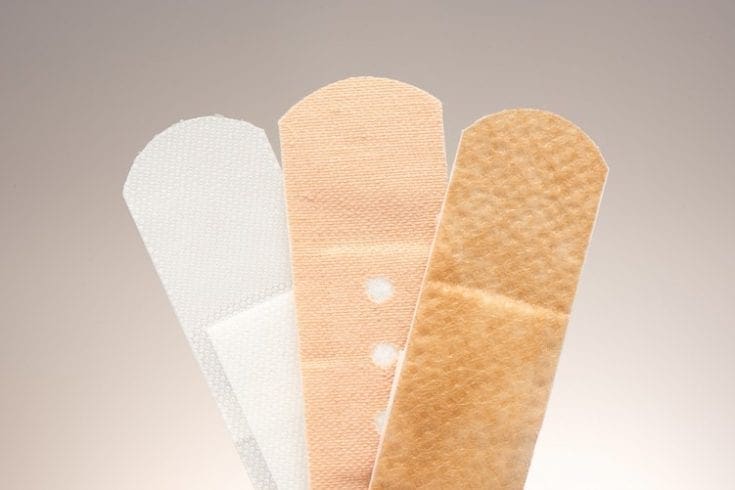 Ibuprofen is used by many people to relieve pain, reduce fever & lessen swelling. But there can be worrying side effects linked to overuse of the drug in its current oral form. However the good news is that a new ibuprofen patch has been developed that can deliver a constant dose of the drug without the harmful side effects.

The patch has been developed by researchers at the University of Warwick led by research chemist professor David Haddleton.

Ibuprofen is a nonsteroidal anti-inflammatory drug (NSAID) and the risks of such drugs include increased risk of heart attack or stroke especially if they are taken for long periods of time. Ibuprofen can also cause ulcers & bleeding in the stomach or intestine.

Therefore the development of an alternative way to relieve pain is a very worthwhile one.

This new patch is the first one to deliver ibuprofen through the skin and act as more than just a soothing, warming effect.

Professor Haddleton explains that, for the first time, they can “produce patches that contain effective doses of active ingredients such as ibuprofen for which no patches currently exist.”

Working with a Warwick spinout company called Medherant, the researchers were able to put significant amounts of the drug into a polymer matrix that adheres the patch onto the patient’s skin delivering the drug at a steady rate over a 12-hour period.

The drug load made possible by the new technology is 5-10 times that of current medical patches & gels. The researchers go on to say that although there are currently a number of ibuprofen gels on the market, it is difficult to control their dosage & they are not convenient to apply.

Professor Haddleton goes on to say “We believe that many over-the-counter & prescription drugs can exploit our technology, and we are seeking opportunities to test a much wider range of drugs and treatments within our patch.”

Medherant CEO Nigel Davis reports that clinical studies of their patch will be started in Autumn 2017.

The Best of Health reported in November about a similar technology used in the deliverance of a drug for the relief of pain associated with arthritis. These developments can only be a worthwhile trend in the relief of pain & suffering & are to be applauded.