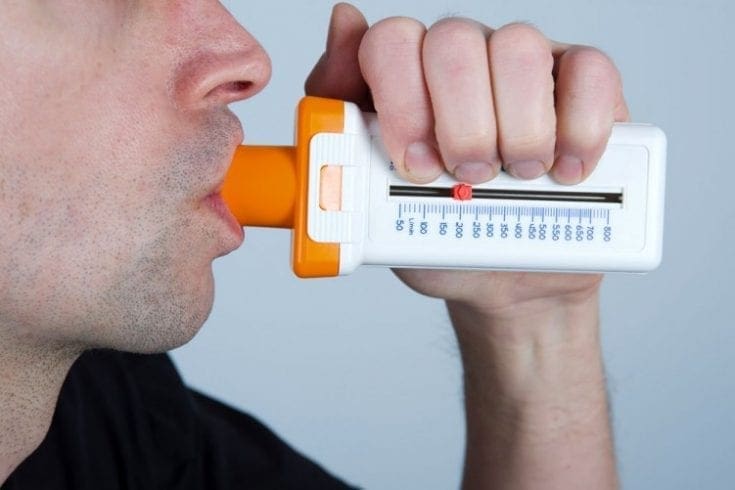 Doctors and leading experts in the field are confident that a new breath test could help to detect and diagnose Parkinson’s disease.

The simple breath test scans the breath of the patient to search for a specific signature of chemicals found in people who suffer from the disease, and the early signs are very positive. The earliest findings from tests involving volunteers have shown that the test is capable of detecting Parkinson’s sufferers.

There are now plans to scale up the testing to ascertain if the condition can be picked up during its earlier stages of development. This will be the decisive indicator of whether this will become a useful tool in the diagnosis of Parkinson’s, which affects 1 in 500 people in the UK.

Dr Simon Stott, a UK researcher who is working on the project said: “A breath test would be really appealing because it’s non-invasive, non-painful and can be done in seconds.”

Currently the only way for a doctor to diagnose Parkinson’s disease is through brain scans and other tests, which still cannot give a definitive result. This makes the diagnosis of the condition in its earlier stages very difficult.

If the breath test can successfully diagnose Parkinson’s earlier then sufferers will be able to start treatment sooner than they are currently able to.

The concept for this new test is based on the idea that Parkinson’s disease, which is a progressive condition which leads to the loss of nerve cells from the brain, makes changes within the chemical balance of a sufferers’ body. It is this ‘chemical footprint’ that the new test hopes to pick up on.

These chemical markers are known as Volatile Organic Compounds, or VOCs. A small trial in Israel showed that the test could not only detect the VOCs in the breath, but also tell the difference between different sub-types of the disease just by the presence and density of certain VOCs.

There are now plans by Parkinson’s UK and the University of Cambridge to run a larger scale study which is set to involve 200 volunteers in the UK.

Dr Stott also said: “While it wouldn’t replace what doctors already do, it could be a useful diagnostic tool to help them.”

It is hoped that the success of this test could pave the way for the development of new types of drugs that could help to treat the condition.

The research team, which includes scientists from the UK and also the Israel Institute of Technology, believe that there is still a way to go before they can be sure that these tests will make it into doctors’ surgeries and clinics, but we at The Best of Health hope they do sooner rather than later!