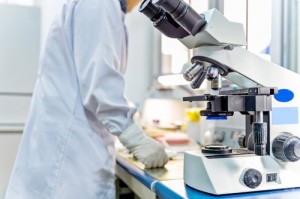 Every year, around 10,000 people in the UK are diagnosed with bladder cancer – making it our seventh most common form of cancer – and the disease will prove to be fatal for half of those. At an estimated cost of £65 million per year, it is also one of the most expensive cancers for the NHS to treat. Yet there is comparatively little public awareness or research into the disease.

Both of these things could be changing. Researchers from the University of Birmingham have found a new prognostic test which they think could make treating the disease easier, cheaper and more effective. At the same time, charities are launching a new awareness campaign, Shout Out About Bladder Cancer.

Research published in the British Journal of Cancer describes this simple test, which isn’t aimed at diagnosing the disease, but at determining the aggressiveness of the disease in each patient, finding a corresponding prognosis, and determining the best treatment for each case.

The researchers believe that measuring these biomarkers could “represent a simple and useful approach for fast-tracking the investigation and treatment of patients with the most aggressive bladder cancers.”

These tests could help both newly-diagnosed and existing patients, and those who have a recurrence of the disease, to all receive the most effective treatment as quickly as possible, increasing their quality of life and their chances of survival or recovery, and improving general care across the board.

Dr Douglas Ward, from the University of Birmingham, said of these results: “There is an urgent need for prognostic biomarkers that could guide patient management. If such a test could be delivered, in a non-invasive way, it could make treatment much more efficient and that can only be a good thing.”

Shout Out About Bladder Cancer

This is a campaign which has been jointly launched by the charities Action On Bladder Cancer, Fight Bladder Cancer and The Urology Foundation. Its aim is to raise public awareness of the disease, increasing research funding and preventing thousands of deaths each year which they believe to be avoidable.

Louise de Winter, chief executive of The Urology Foundation, said: “At TUF we became very aware that bladder cancer is the Cinderella disease which people shy away from talking about. By working together with the other charities we believe we can create more awareness of the disease and hopefully provide more funding for research. Progress is being made but we need it to be made faster.”

Explaining the need for this campaign, founder of Fight Bladder Cancer Andrew Winterbottom said: “People affected by this cancer feel that they are being ignored. There have not been any new treatments for more than 30 years. Despite being such a common cancer, so few people have ever heard of it, let alone know the causes or symptoms.”

Some of the most common symptoms are:

With increased awareness, and with the possibilities of effective prognosis and better care in the future, hopefully bladder cancer can be spotted and treated earlier, and the survival rates and quality of care improved.

Consultant urologist, Hugh Mostafid, chair of Action on Bladder Cancer, said: “I see every day the huge difference it can make to diagnose bladder cancer early, when it’s curable.”