Posted by The Best of Health
Categories: Health and Wellbeing/Weight Loss/ 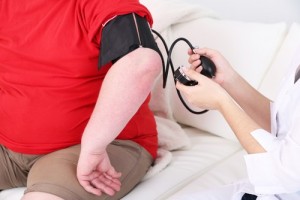 MPs have deemed the NHS’s approach to tackling obesity “unacceptable”, as an increasing proportion of funds is spent on weight-loss surgery. A report by the Health Select Committee points out that more emphasis should be placed on advising physical activity to obese patients, and that surgery is a measure which should be taken much less frequently.

“The committee regards it as inexplicable and unacceptable that the NHS is now spending more on bariatric surgery for obesity than on a national roll-out of intensive lifestyle intervention programmes that were first shown to cut obesity and prevent diabetes over a decade ago,” says the Health Select Committee. “It is vital that the importance of physical activity for all the population – regardless of their weight, age, gender, health, or other factors – is clearly articulated and understood.”

The report also says that national and local government should be playing a bigger role in advocating a healthy lifestyle. The government’s Change4Life programme aims to combat the problem of obesity by providing widespread free advice on healthy eating and exercise, and £8.2billion has been given to local authorities to tackle public health issues like obesity. Intervention could also include regulation of what goes into food and a ban on marketing sugary drinks to children.

“Bariatric surgery generates huge costs to patients, families and the NHS,” says Dr John Middleton, vice-president of the Faculty of Public Health. “We need public health policies that can save money by helping prevent people becoming obese in the first place.”

Experts have praised the Health Select Committee’s report for highlighting the necessity of regular exercise not only for its role in losing excess weight, but also for its all-round health benefits.

“It is welcome to see the findings of this report recognise the importance and benefits of physical activity beyond weight loss, as previous findings have shown regular physical activity of just thirty minutes, five times a week, can make a huge difference to a patient’s health,” says Professor John Wass of the Royal College of Physicians.