More Than Four in 10 Cancers Prevented by Lifestyle Changes 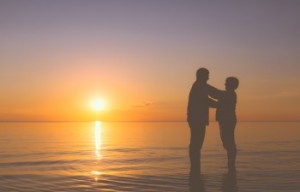 As 2014 draws to a close, and the sun sets on another year, here is some news to motivate you to lead a healthier lifestyle well into 2015 and beyond. It is official: leading a healthy lifestyle will help cut your chances of getting cancer. According to its latest figures, Cancer Research UK says more than four in 10 cancers could be prevented by changes to lifestyle. This includes stopping smoking, eating a balanced diet, doing regular exercise and cutting down on alcohol. In fact, nearly 600,000 cancer cases in the UK could have been avoided in the last five years if people had healthier lifestyles, according to the latest figures from Cancer Research UK.

Over 200 Cancers Linked to lifestyle Choices

Professor Linda Bauld, Cancer Research UK’s expert on cancer prevention says there are more than 200 types of cancer each caused by a complex set of factors – involving both our genes and our lifestyles.

“There are proven ways to minimise our risk of cancer – like giving up smoking, being more active, drinking less alcohol and maintaining a healthy weight,” Bauld says. “We must make sure the public and the policy-makers know the evidence behind the benefits of these lifestyle changes is solid.”

Smoking Accounts for Fifth of all Cancers

The figures from Cancer Research UK show smoking remains the biggest preventable cause of cancer in the UK, accounting for more than 314,000 cases in the past five years – nearly a fifth of all cancers. So giving up cigarettes would be the best New Year resolution smokers could make, the charity says.

The charity’s figures show a further 145,000 cases could have been prevented if people had eaten a healthy balanced diet, which is low in red and processed meat and salt, and high in vegetables, fruit and fibre. Keeping a healthy weight could have also prevented around 88,000 cases, Cancer Research UK says.

In addition to this, cutting down on alcohol, protecting skin in the sun and taking more exercise could have further helped prevent tens of thousands of people in the UK developing cancer in the past five years, Cancer Research UK says.

Professor Max Parkin, a Cancer Research UK statistician based at Queen Mary University of London, whose study formed the basis of the latest figures, says: “There’s now little doubt that certain lifestyle choices can have a big impact on cancer risk, with research around the world all pointing to the same key risk factors.”

The Time for Some Healthy Habits

As the New Year approaches, Parkin says now is the time to start thinking about leading a healthier lifestyle.

“Of course everyone enjoys some extra treats during the Christmas holidays so we don’t want to ban mince pies and wine, but it’s a good time to think about taking up some healthy habits for 2015,” Parkin says. “Leading a healthy lifestyle can’t guarantee someone won’t get cancer but we can stack the odds in our favour by taking positive steps now that will help decrease our cancer risk in the future.”

Harpal Kumar, Cancer Research UK’s chief executive, says the charity is now aiming to invest more in research to learn the best ways to help people make healthier lifestyle choices and prevent cancer in later life, with the hope the Government will acknowledge the challenges that lie ahead.

“We know that cutting UK smoking rates by just one per cent could save 3,000 lives a year. But changing our habits isn’t easy. That’s why we’ve made it a priority to invest in more research so we can learn the best ways to help people make healthier choices to reduce their cancer risk in later life,” Harpal says.

“Every year tens of thousands of people in the UK will be diagnosed with preventable cancers unless we act now to help people lead healthier lives. We hope all parliamentary parties will acknowledge that cancer is set to be an ongoing challenge and one which needs careful planning and investment across prevention, diagnosis and treatment.”