Lack of Sleep Could Mean Increased Risk of Diabetes

Posted by The Best of Health
Categories: Diabetes / Health and Wellbeing / 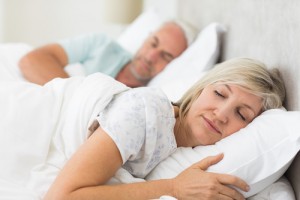 Getting the right amount of sleep has been named by researchers as a lifestyle factor which could help you avoid type 2 diabetes. Their study has shown that an extra thirty minutes could have a significant impact on your weight and health.

The research was conducted by experts at the Weill Cornell Medical College in Qatar and the UK’s University of Bristol. The sleeping habits of 522 participants were examined and the results showed that those with a “sleep debt” were 72% more likely to be obese or suffer from weight-related conditions such as type 2 diabetes. Sleep debt was calculated by comparing hours slept on week nights with the amount slept on weekends, and measuring the difference.

While many lose sleep during the week because of working hours and other commitments, the researchers warn that trying to catch up on lost hours at the weekends may not be enough to keep your overall amount of sleep at a healthy level. They found that regularly losing as little as thirty minutes of sleep was linked to a 17% increased risk of obesity and a 39% increased risk of insulin resistance, which plays a key role in the development of diabetes.

“Sleep loss is widespread in modern society but only in the last decade have we realised its metabolic consequences,” says Professor Shahrad Taheri of Weill Cornell Medical College. “Our findings suggest that avoiding sleep debt could have positive benefits for waistline and metabolism, and that incorporating sleep into lifestyle interventions for weight loss and diabetes might improve their success.”

Taheri suggests that a lack of sleep could be the reason some lifestyle interventions, focusing on diet and exercise, do not always work.

“This work is interesting and consistent with prospective data found in healthy individuals without type 2 diabetes,” says Dr Denise Robertson of Surrey University. “However, before this association between sleep length, obesity and metabolic status can be used in terms of public health we need the next tier of evidence. To date there have been no randomised controlled trials where sleep debt is addressed and a metabolic benefit is observed. However, the potential for such interventions to impact on health is great.”