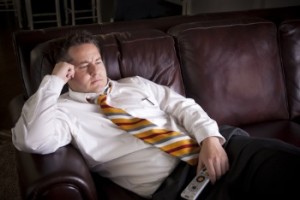 Lack of exercise is responsible for twice as many deaths as obesity, according to new research in the UK. A brisk 20 minute walk each day could be enough to reduce a person’s risk of early death, according to the 12-year study led by Cambridge University.

The study, which involved over 334,000 European men and women, found that twice as many deaths may be blamed for lack of physical activity compared with the number of deaths attributed to obesity. But just a modest increase in physical activity could have significant health benefits. Cambridge University researchers said about 676,000 of the 9.2 million deaths each year, among men and women in Europe, were down to inactivity, compared with 337,000 from carrying too much weight.

The researchers estimate doing exercise equivalent to just a 20 minute brisk walk each day – burning between 90 and 110 calories – would take a person from the inactive to moderately inactive group and reduce their risk of premature death by between 16 to 30%.

Professor Ulf Ekelund from the Medical Research Council epidemiology unit at the University of Cambridge, who led the study, said: “This is a simple message: just a small amount of physical activity each day could have substantial health benefits for people who are physically inactive.

“Although we found that just 20 minutes would make a difference, we should really be looking to do more than this,” he added. “Physical activity has many proven health benefits and should be an important part of our daily life.”

Jill Tipping is CEO of charity HOOP UK – Helping Overcome Obesity Problems – of which The Best of The Health’s Dr Chris Steele is a patron. She said the research shows simple “small changes” can make a huge difference to our health.

“Most people are looking for solutions to better their health but I think that many of us make things too complicated,” she said. “Just going for a walk each day is simple, free and available to most. I think it’s important that we are reminded by studies such as this that small changes can make an overall huge difference to our health. It’s an interesting finding that inactivity is responsible for more deaths that obesity itself, but I think the power of this study is in its simplicity of message.”

Cambridge University said physical inactivity has been consistently associated with an increased risk of early death, as well as being associated with a greater risk of diseases, such as heart disease and cancer. Although it may also contribute to an increased body mass index (BMI) and obesity, the association with early death is independent of an individual’s BMI.

To measure the link between physical inactivity and premature death, and its interaction with obesity, researchers at Cambridge University analysed data from 334,161 men and women across Europe participating in the European Prospective Investigation into Cancer and Nutrition (EPIC) Study. Between 1992 and 2000, the researchers measured height, weight and waist circumference, and used self-assessment to measure levels of physical activity. The participants were then followed up over 12 years, during which 21,438 participants died. Researchers found that the greatest reduction in risk of premature death occurred in the comparison between inactive and moderately inactive groups.

The results of the study are published in the American Journal of Clinical Exercise.