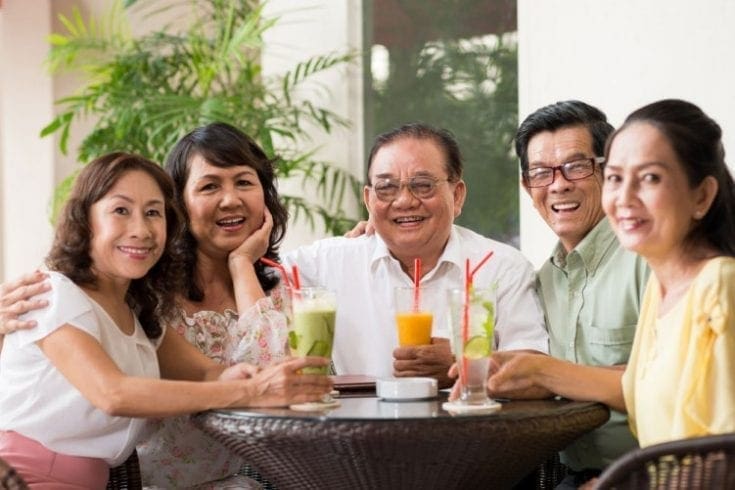 Today is International Day of Happiness. The day was established by the UN at their first ever conference of Happiness in 2012, after they adopted a resolution the previous year which recognised happiness as a “fundamental human goal” and called for “a more inclusive, equitable and balanced approach to economic growth that promotes the happiness and well-being of all peoples.” It has been celebrated each year on 20th March since 2013, co-ordinated by Action For Happiness, and aims to promote happiness across the world.

The focus of International Day of Happiness 2015 is on making social connections, the negative impact of loneliness on our health and wellbeing, and the positive impact of strong connections with others. The organisers are asking people to reach out to those around them and make positive connections, for a society made up of happier and healthier people.

Whilst loneliness can affect everyone, it is a particular issue for older people. An Age UK report states that in the UK in April 2014 13% of people aged over 75 said they were always or often lonely, and 49% of people over 65 named either television or pets as their main forms of company.

A recent report conducted by the Department of Epidemiological and Public Health and University College London, and published by the International Longevity Centre, points out the strong links between loneliness and low levels of subjective wellbeing in later life. Both the size of a person’s social network, and the frequency of their social contact were found to have a positive impact on people’s overall wellbeing. Whilst on average general satisfaction was found to increase from middle to old age, this was not the case for those who were socially isolated.

Social isolation doesn’t just make you unhappy, it also has a negative impact on your health. We have previously written a number of articles about different aspects of the links between loneliness and health. Loneliness has been found to be as potentially harmful as smoking 15 cigarettes per day, and people with high degrees of loneliness are twice as likely to develop Alzheimer’s as those who are well connected.

So, for International Day of Happiness, reach out to those around you and make positive connections – perhaps visit a friend or relative, or pick up the phone. It is especially important to consider older friends and relatives who may have less frequent social contact. If we build strong connections with others, then hopefully we can all be happier, healthier and less lonely all year round.