Having a Hysterectomy? Here’s What to Expect After Your Surgery 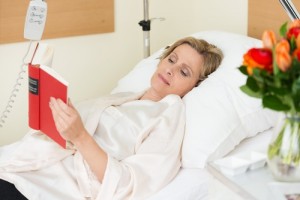 Hysterectomies are one of the more common forms of surgery carried out in the UK. According to The Hysterectomy Association, approximately 55,000 women have a hysterectomy each year, with 38,000 of those being undertaken on the NHS.

The majority of hysterectomies are carried out on patients between the ages of 40 to 50; however, it’s not unheard of for older women to require this surgery too. There are a number of reasons why the procedure is recommended, including evidence of cancerous or pre-cancerous cells, uterine prolapse and endometriosis. However, whatever the reason for the surgery, the prospect of having a hysterectomy can be daunting, especially if you’re not fully aware of what’s involved.

Here are a few facts about the surgery and what to expect afterwards.

The NHS website outlines the main types of hysterectomy, which include:

During Surgery and Immediately After

On average, a hysterectomy takes around an hour. However, if you’re having a radical hysterectomy, this is likely to be longer, due to the increased complexity of the procedure.  Afterwards, you’ll need to stay in hospital for a period of time; again, the exact length depends on the nature of your operation and the swiftness of your recovery. On average, most patients remain in hospital for approximately four days.

Initially, you’ll have a catheter fitted to assist urination, and you may also experience difficulty having a bowel movement. Don’t worry if this happens to you, it is very common, and you’ll be given a gentle laxative to help your digestive system return to normal.

Many patients are surprised at how soon they are encouraged to get active after the procedure, though of course, you’ll be advised to take things slowly to begin with. You may also be referred to a physiotherapist, who will talk you through some exercises to help with your recovery.

Once at home, specialists recommend taking it easy for at least the first few months. Initially, you’re likely to experience soreness and aching in the affected area, but this is very normal whilst your body heals. If, however, you notice any fresh blood, pus or unusual discharge, it’s important to seek medical attention as soon as possible.

Most women tend to return to their careers from six to twelve weeks after the operation, though this depends on the nature of the work. Any jobs involving strenuous activity or heavy lifting should be avoided for at least three months after your hysterectomy.

In general, the operation enjoys a good success rate, and in the UK, there is approximately only one death per 2,000 hysterectomies.

However, as with any form of surgery, there are risks involved and the procedure should not be taken lightly. Post-operative infection is always a possibility, as is damage to the urethra or bowel, which can cause incontinence. You may also experience back-pain, prolapse or loss of sexual feeling.

In addition to this, having a hysterectomy has been linked to triggering arthritis, although the exact reason for this is still unknown.

Having a hysterectomy can result in a range of complex emotions. Many women report that they feel as though they have ‘lost their femininity’ after having the operation, and state that intimacy with their partners is initially difficult.

Having a hysterectomy is also likely to trigger the menopause, which can be challenging for many women, both physically and emotionally. However, you’ll have the option to go on HRT to help manage your symptoms.

It’s very normal to experience these emotions, and it’s important to discuss them, not only with your partner, but with a medical professional. There are also support groups, both locally and online, to help you come to terms with your feelings.

Looking to the Future

Whatever your reason for having a hysterectomy, it’s important to bear in mind that the surgery will eventually bring about an improvement in health in your life. In some cases, the operation can even prove to be life-saving, particularly in the cases of those with cancer.

During your recovery time, remember to take things slowly and gently, and give your body the opportunity it needs to heal. If you’re struggling emotionally, remember that support is available.

For regular updates on health issues especially relevant to the over 50s, why not follow us on Facebook.