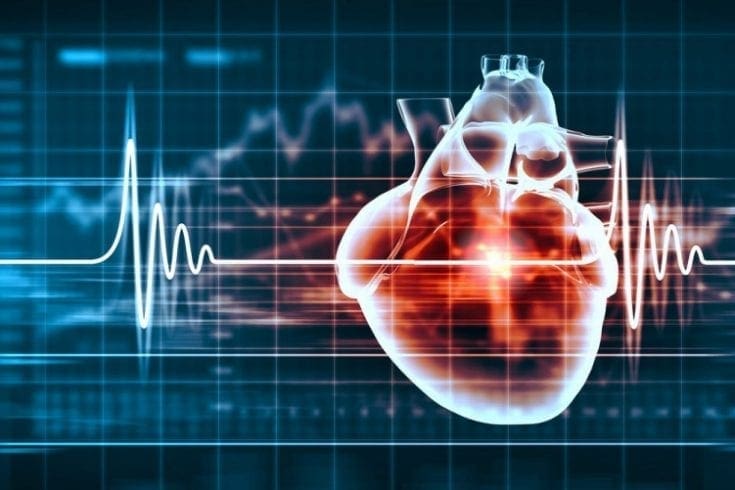 Cardiovascular disease (CVD) remains a leading cause of mortality and morbidity in industralised countries. It is caused by hardening and blockage of arteries supplying the tissues of the heart and brain – a process called atherosclerosis. The development of premature atherosclerosis is due to a coalition of risk factors, some of which are modifiable and some of which are not. Non-modifiable risk factors include age, gender and personal family history. Modifiable risk factors include smoking, elevated blood pressure, diabetes mellitus – commonly referred to as diabetes – and, very importantly, raised levels of circulating cholesterol.

Cholesterol Explained
Cholesterol is basically a type of fat. It is insoluble in blood and needs to be packaged into particles called lipoproteins, in order to be circulated around the tissues of the body. There are two main classes of lipoproteins involved in cholesterol transport: low-density lipoprotein (LDL); and high-density lipoprotein (HDL). Elevated levels of HDL are thought to be protective and beneficial and are associated with a reduced risk of developing CVD. Unfortunately, there are no current medications that have been proven to raise HDL levels and mitigate CVD risk. However, exercise, a low consumption of alcohol and certain foods, rich in mono-unsaturated fats, are recognised to raise HDL levels, while smoking, diabetes and an unhealthy diet lowers them.

In contrast, high levels of LDL are directly correlated with CVD risk. There is extensive evidence confirming that lowering LDL is beneficial with big reductions in mortality and morbidity from CVD. Overwhelmingly, the evidence suggests that the most effective and safe pharmacological interventions utilises the statin group of drugs.

Understanding LDL-Cholesterol Levels
Humans are born with naturally occurring low levels of LDL. As babies develop and progress through childhood, adolescence and into adulthood, the levels of LDL gradually increase. In general, the average level of LDL attained in adults is heavily influenced by lifestyle issues such as smoking habits and, of course, diet and exercise.

Western industralised societies are typically characterised by a relatively sedentary – somewhat seated and inactive – lifestyle, and an alarmingly increased tendency to obesity. This is often due to an unhealthy diet that contains excess caloric intake and high levels of saturated animal fat, which directly results in an increased risk of developing early onset CVD. This metabolic profile also can result in elevated blood pressure. However, the good news is that such a profile can potentially be reversed by dietary intervention and lifestyle changes.

Calculating Risk of CVD
Structured screening programmes have been introduced in an attempt to identify “at risk” individuals at an appropriately early stage before they have developed any significant CVD, so that tailored interventions can be offered to mitigate their risk profile. Unfortunately, many individuals fail to make the necessary changes to their lifestyle and may become candidates for pharmaceutical therapy with statins in order to reduce their risk of developing CVD.

Calculating an individual’s risk of CVD can be achieved by using powerful databases. These factor in an individual’s age, gender, smoking habits, family history, ethnicity, blood pressure, blood glucose levels and, of course, LDL levels. Individuals over a certain risk threshold, and who have not successfully achieved sufficient changes by dietary/lifestyle modification, are offered statin therapy. This has been proven to reduce both morbidity and mortality in well-designed clinical trials over decades. They are safe and effective drugs.

Inherited Elevated Levels of LDL
Familial Hypercholesterolaemia (FH) is an inherited condition which results in elevated levels of LDL from birth. This leads to a very high risk of early heart attacks in the person’s 30s or 40s. On average, LDL levels are twice the average found in the general population. FH affects both men and women and is inherited in a dominant manner. This means that one in two of the near relatives of affected individuals will also have inherited the condition. Historically, it was thought to affect one in 500 individuals. But recent evidence suggests it is more common than this, perhaps, affecting one in 300 people. Most affected patients are not diagnosed until CVD has developed. As the LDL is elevated since birth, the clinical consensus is that the condition should ideally be diagnosed in childhood and treatment with statins started before the child is ten years of age.

While diet is important in the management of FH, it is insufficient on its own. FH patients therefore require statin therapy. To achieve early diagnosis, family screening strategies need to be put in place when an individual with FH has been identified. Patients typically have no symptoms until they develop a heart attack and it can be considered a silent killer. The good news, however, is that unlike many genetic diseases, it can be treated effectively.

A national screening programme has already been established in Wales. HEART UK, the cholesterol charity, is now actively promoting for a similar programme to be rolled out across the rest of the country.

Lowering LDL-Cholesterol Levels
Elevated levels of LDL cholesterol may be the most important modifiable risk factor in the development of premature CVD. High risk individuals need to be identified, monitored and, if necessary, treated before clinically significant CVD has developed. This process is called primary prevention.

People who have survived a first heart attack remain at high risk and should have their LDL levels aggressively lowered with statin therapy. In general, the lower the better. This process is called secondary prevention.

It is important to remember LDL levels can be effectively lowered by lifestyle/dietary interventions. But, unfortunately, many individuals fail to make the necessary adjustments and may need to take statins to reduce their individual risk of developing premature CVD.

Dr Alan Rees is the medical director of HEART UK, The Cholesterol Charity. For more information about the charity, please visit: heartuk.org.uk.