Adding an Avocado to Your Daily Diet Could Lower Bad Cholesterol 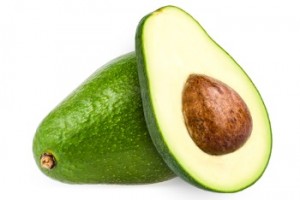 You’ve heard the phrase an apple a day keeps the doctor away, but perhaps the same could now be said for the avocado? Adding an avocado to your daily diet may, in fact, help lower bad cholesterol and, in turn, reduce risk for heart disease, according to health researchers.

Avocados are known to be a nutrient-dense food, high in monounsaturated fatty acids. But the researchers, which include a team from Pennsylvania State University in the US, say eating one avocado each day, as part of a moderate-fat low-cholesterol diet, helps lower LDL – low-density lipoproteins, which are considered bad cholesterol because they contain plaque and can clog up the arteries. This, in turn, reduces the risk of cardiovascular disease (CVD).

Penny M. Kris-Etherton, distinguished professor of Nutrition Pennsylvania State University, who helped lead the research, says: “Including one avocado each day as part of a moderate-fat, cholesterol-lowering diet, compared with a comparable moderate-fat diet without an avocado, provides additional LDL lowering affects, which benefit CVD risk.”

Kris-Etherton says people now need to start thinking of new ways to eat avocados. She doesn’t speak for the UK, but points out much of the US population doesn’t know how to use or prepare avocados, with the exception of guacamole. The problem is, however, guacamole is usually eaten with corn chips, which she says are high in both sodium and calories.

“We need to focus on getting people to eat a healthy diet that includes avocados and other food sources of better fats,” says Kris-Etherton. “People should start thinking about eating avocados in new ways. I think using it as a condiment is a great way to incorporate avocados into meals. For instance, putting a slice or two on a sandwich or using chopped avocado in a salad or to season vegetables.”

Avocado Research and What was Found

The research Kris-Etherton and her colleagues conducted involved using Hass avocados. These are the smaller, darker variety with bumpy green skin and have a higher nutrient content than Florida avocados, which are larger, and have smoother skin and a higher water content.

The research team tested three different diets, all designed to lower cholesterol: a lower-fat diet, consisting of 24 per cent fat, and two moderate fat diets, with 34 per cent fat. The moderate fat diets were nearly identical, however one diet incorporated one Hass avocado every day, while the other used a comparable amount of high oleic acid oils, such as olive oil, to match the fatty acid content of a single avocado.

The researchers tested the diets with 45 healthy, but overweight, adults between the ages of 21 and 70. Compared to the participants’ baseline measurements, all three diets significantly lowered LDL – also known as bad cholesterol – as well as total cholesterol. But participants experienced an even greater reduction in LDL and total cholesterol while on the avocado diet, compared with the other two diets. The research is reported in the Journal of the American Heart Association.