Posted by The Best of Health
Categories: Health Insurance/

A recent study suggests that more than three million patients in the UK are choosing to pay for private treatment worth an estimated £2 billion a year. 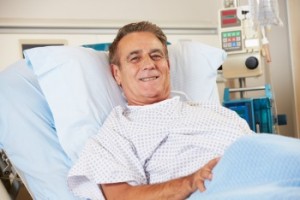 The survey of 1,031 adults aged 18 or older which was commissioned by retail finance group Pay4Later and conducted by researchers from Consumer Intelligence indicates that more and more people are willing to pay for treatment privately rather put up with NHS waiting times.

It is thought that as many as one in five adults in the UK have opted to go private over the last ten years spending between £499 and £10,000 for a wide variety of procedures which are not covered by private health insurance.

“The NHS does a brilliant job but everyone knows that with an ageing and growing population it is coming under greater pressure, said Scott Law, of Pay4Later,

“Our research shows that rather than wait for their medical procedure on the NHS many people are deciding to pay for it privately.

“As the pressure mounts on the NHS, we expect this trend to continue.”

According to recent figures almost 200,000 patients are waiting for their procedures for longer than the Government’s target of 18 weeks and patients have seen more than 12,000 operations cancelled at the last minute due to bed shortages.