Posted by The Best of Health
Categories: Health and Wellbeing / Travel Health / 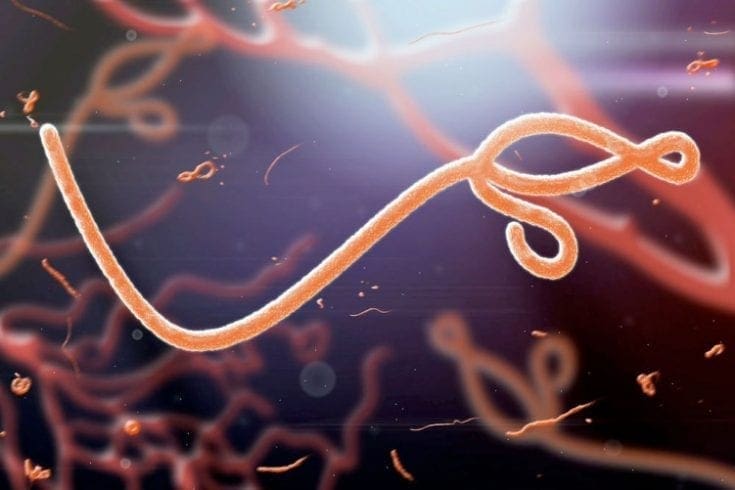 Scientists are hailing results of an Ebola vaccine trial as ‘extremely promising’. The new vaccine, called VSV-EBOV, shows 100% efficacy when given to individuals who have come into contact with people who have the disease.

The result came from an interim analysis of a trial taking place in Guinea, one of three countries most heavily affected by Ebola. The review, conducted by the independent Data and Safety Monitoring Board, announced the vaccine is highly effective against Ebola, advising that the trial should continue.

“This is an extremely promising development,” said Dr Margaret Chan, the Director General of the World Health Organization. “The credit goes to the Guinean Government, the people living in the communities and our partners in this project. An effective vaccine will be another very important tool for both current and future Ebola outbreaks.”

One of the founders of the trial is the UK based Wellcome Trust, which has so far committed more than £10 m to Ebola research, and has also funded research into the ethical challenges of testing experimental medicines during epidemics.

“This is a remarkable result which shows the power of equitable international partnerships.” Said Jeremy Farrar, Director of the Wellcome Trust. He added “This partnership also shows that such critical work is possible in the midst of a terrible epidemic. It should change how the world responds to such emerging infectious disease threats.”

The Ebola virus first appeared in Sudan and Democratic Republic of Congo, in 1976. However, the unprecedented scale of the 2014 outbreak was declared a Public Health Emergency of International Concern by WHO, and galvanised the international science community into action.

At the urging of global health experts, WHO concluded it would be ethical to give African communities were given access to experimental vaccines and treatments. This result proves that in exceptional circumstances, using unregistered investigational treatments can be highly effective.

The trial was designed by experts drawn together from the UK, Canada, France, Guinea, Norway, Switzerland, USA, and WHO, and the vaccine itself was developed by the Public health Agency of Canada, whilst NewLink Genetics and Merck &Co assumed responsibility to research, develop, manufacture and distribute the investigational vaccine.

“This record-breaking work marks a turning point in the history of health R&D,” said Assistant Director-General Marie-Paule Kieny, who leads the Ebola Research and Development effort at WHO. “We now know that the urgency of saving lives can accelerate R&D. We will harness this positive experience to develop a global R&D preparedness framework so that if another major disease outbreak ever happens again, for any disease, the world can act quickly and efficiently to develop and use medical tools and prevent a large-scale tragedy.”