Does Following the Mediterranean Diet Really Make You Live Longer and Look Younger? 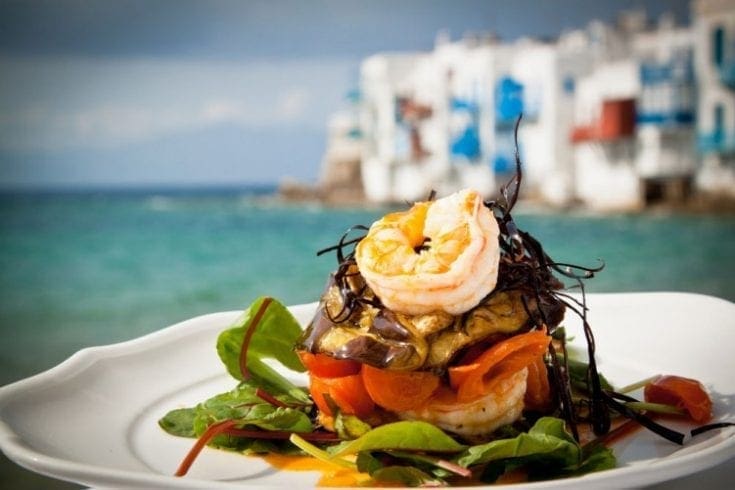 Recently, the diets of Mediterranean countries, such as Greece, Italy and Spain, have come under the spotlight in the media. According to recent statistics, the Spanish enjoy the best longevity, with women expected to live for 85 years on average; and other Mediterranean nations are not far behind.

This has led scientists to examine whether the secret to long life may lie in the Mediterranean diet. Here’s the results of their studies.

Mediterranean Diet and Heart Disease
A study published recently in the New England Journal of Medicine suggested that as many as 30% of heart-related deaths could be avoided by switching to a Mediterranean diet.

The study involved over 7,000 participants in Spain, all aged between 55 to 80 years old, and followed them for 5 years. All those involved had risk factors for heart disease, but were not diagnosed with heart disease at the start of the study. They were divided into two groups; one which followed a low-fat diet, the other which followed a Mediterranean diet. Those who followed the Mediterranean way of eating were less likely to develop heart related conditions than the other group.

Helping You to Age Healthily?
In addition to keeping your heart healthy, a further study suggests that the diet will help you to avoid other health conditions too. Data collected as part of the Nurses’ Health Study, one of the longest running pieces of research examining women’s health, indicated that the Mediterranean diet could help avoid chronic diseases, mental health issues, and cognitive and physical impairment.

The actual statistics, gathered over a 15 year period, indicated that women with healthy diets were 34% more likely to age without suffering any significant disease or illness, and those following the Mediterranean diet were 46% more likely.

Although the study didn’t specifically focus on what makes the Mediterranean way of eating so beneficial in terms of health, researchers suggested that it may be due to the fact that the diet helps to lower inflammation within the body.

The researchers commented: ‘Better diet quality at midlife seems to be strongly linked to greater health and well-being in persons surviving to older ages.’

How to Eat Like A Mediterranean
Whilst studies still continue to explore the benefits of the Mediterranean way of eating, there certainly seems evidence to believe that the diet can help improve your health. If you’d like to start eating like an Italian, Spanish or Greek, here’s a brief guide: