Size of the Brain’s Hippocampus May Indicate Dementia Risk 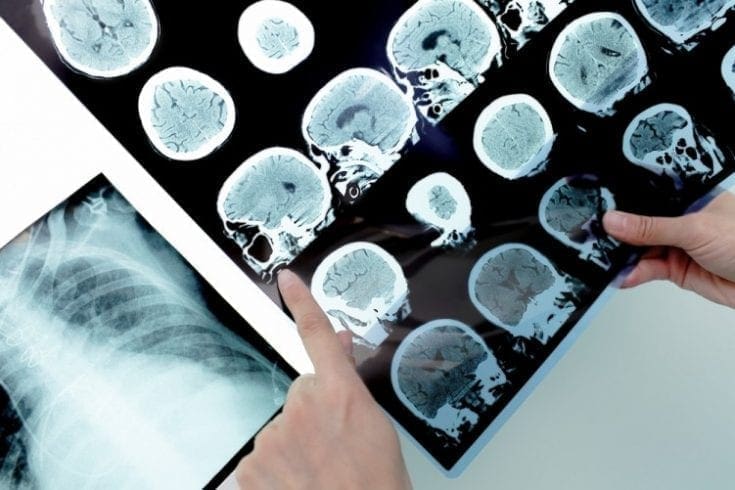 A new study has shown that the size of the brain’s hippocampi is positively associated with how well a person performs in verbal and visuospatial memory tests. The findings indicate that hippocampus size could be used to assess a person’s risk of developing dementia.

The hippocampi are two seahorse shaped structures inside the brain which play an important role in both emotion and the formation of new memories. The left hippocampus appears to help us retain words and language, while the right hippocampus is linked to spatial memory – the layout of the streets in your hometown, for example. In people with dementia, the hippocampi are often the first regions of the brain to suffer damage.

This latest study, which was published in Alzheimer’s Research and Therapy, involved 226 participants, 34 of whom had Alzheimer’s disease. Of the rest, 95 had mild cognitive impairment (a condition which often precedes dementia), 25 had normal memory for their age, and the remainder had neurological disorders, including other types of dementia. The average age of the participants was 68 years.

“We found that a large left or right hippocampus could indicate a better verbal or spatial memory,” says Dr Aaron Bonner-Jackson, lead author of the study. “We suggest that performance on the spatial memory task is a more sensitive measure of hippocampal volumes than performance on the verbal memory task. This challenges earlier studies and clinical trials which focused on verbal memory alone, as we’re now finding that spatial memory is a bigger player in assessment of those at risk for Alzheimer’s disease.”

“We’ve known for some time that the hippocampus is a key area of the brain susceptible to damage in Alzheimer’s disease and this research links the size of the hippocampus to a person’s performance on different types of memory test,” says Dr Laura Phipps of Alzheimer’s Research UK. “The findings highlight the value of studying the hippocampus to understand and diagnose memory problems, and of using different types of memory test to gain a fuller picture of what’s happening in the brain.”

However, she adds: “Brain volume varies from person to person so larger studies will be needed to explore whether this approach could provide consistent and accurate predictions of those at greatest risk of memory problems or dementia.”