How a Healthy Lifestyle Could Delay Dementia 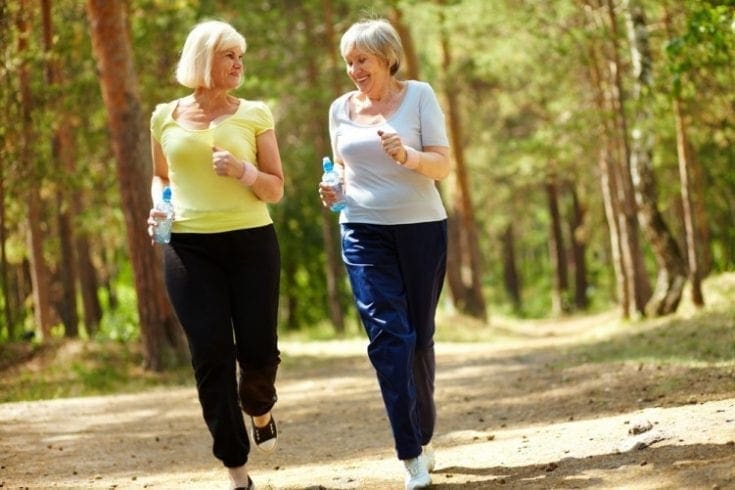 Dementia is one of the top three causes of disability in old age, affecting 850,000 people in Britain. Studies have estimated that preventative action could significantly reduce this number and now the latest research has further explored how lifestyle changes could help us to maintain or even improve brain function as we age.

A Study on Lifestyle Intervention

Researchers from the University of Eastern Finland, the National Institute for Health and Welfare in Helsinki, and Sweden’s Karolinska Institutet in Stockholm studied 1,300 people between the ages of 60 and 77. Participants were split into two groups – one received simple health advice, and the other was given in-depth guidance on nutrition, exercise, cognitive training and social activities.

For the latter group, diets involved a high amount of fruit, vegetables, whole-grains and low-fat dairy, along with a healthy amount of fish and a low quantity of sugar. Exercise included aerobics and muscle training, and cognitive training involved computer-based exercises and sessions with psychologists.

After two years, the group who were given the lifestyle intervention scored an overall 25% higher than the other group in a series of brain tests. In some areas, there was a vast difference between the two groups, with the intervention group being 83% better at organising thoughts and 150% better at processing.

Implications of the Research

“This is the first time that it has been shown in a longitudinal study that it is possible to reduce the risk of cognitive decline with lifestyle changes,” says lead researcher Professor Miia Kivipelto.

She encourages people to take preventative measures before memory problems begin, pointing out that the interventions are “not difficult to do – they are very simple and pragmatic.”

The participants are still to be re-tested in another seven years to further determine how much potential the lifestyle changes have to prevent dementia. Meanwhile, the researchers and other experts are positive about the outcomes of the study so far. Dr Simon Ridley of Alzheimer’s Research UK says that the results are “promising” and indicate that “improving cardiovascular health and keeping mentally active could slow decline in some aspects of our thinking.”