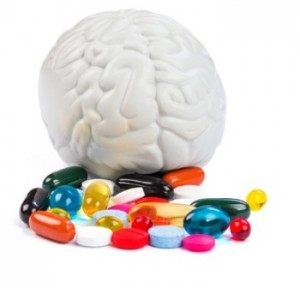 Improved brain power is something many of us long for, especially as we get older and may not feel, let’s say, quite so on the ball as we once did. Thankfully, there are many healthy supplements that can quite literally act as food for thought and help educate our brains. If you would like to improve brain power and help combat any degenerative diseases of the brain, the 5 ingredients below are thought to be ideal to improve mental agility and cognitive function. Please note, though, significant trials are being carried out on a continuing basis to ascertain the effects of some supplements on brain function.

Your brain uses only about 20% of the oxygen contained within your body, making this disproportionate and highly susceptible to free radical damage. But, according to Parkinson’s UK, antioxidants negate the affect of free radical damage, which helps protect the brain from ageing. Unless you eat a vast amount of fresh fruit and vegetables every single day, however, you will not be getting enough antioxidants to prevent premature ageing of your brain cells. Most people will not consume enough foods that contain high levels of antioxidants, either due to lack of availability, or the factor of cost. But research reported in the British Medical Bulletin states antioxidants via supplementation could have a positive effect on the brain too. This is because supplements contain high levels of concentrated extracts to give you higher antioxidant power. Consequently, this gives you better brain power and far less cell damage to boot.

Omega-3 fatty acids work by improving the blood flow to the brain. They also have a controlling effect on hormones and the immune system, both of which are known to affect brain function. Many vitamin supplements contain flaxseed oil or fish oils, or can simply be purchased as stand-alone capsules or pills. The benefits of this particular supplement – often seen as Omega-3 DHA/EPA on labels – are manifold, but it is increasingly being used as a dietary supplement to combat age-related cognitive decline or neurodegenerative diseases, including Alzheimer’s disease. Studies, so far, are somewhat inconclusive, but trials are ongoing and researchers still continue to promote the benefits of Omega-3 taken as a supplement to not only increase brain power, but also to promote a healthy heart. 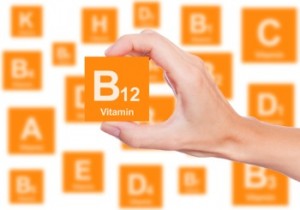 If your memory isn’t what it used to be and you get that feeling of being in a bubble or having a cloudy or foggy brain, you could be suffering from a vitamin B12 deficiency, which is particularly common in senior citizens. There are three B vitamins – folic acid, B6 and B12 – which, when taken together, help strengthen your brain power. There are also trials being undertaken, including from the University of Oxford, which could solidify the theory that a lack of these vitamins may be connected to dementia and Alzheimer’s disease.

Alcar is a powerful antioxidant, frequently listed on product labels, which protects the brain cells and neurons. Categorised as a nutraceutical – a combination of the words nutrition and pharmaceutical – Alcar is thought to be a powerful brain-booster; improving mental clarity, focus, mood and memory, as well as speeding up the brain’s processing speed. Research at the University of York has also shown positive results in clinical trials using Alcar to help people with mild cognitive impairment and Alzheimer’s disease. Researchers conducting the trials reported Alcar improved mild cognitive impairment or prevented deterioration.

While zinc is known to have many healthy properties, such as those that improve skin conditions and play a role in wound healing, scientists, including researchers from the University of Warwick now believe zinc plays an important part in memory formation and cognitive stability. Zinc improves communication between the neurons and the hippocampus – a major component of the brain – and may also prevent cognitive decline once we are over 50. And improved communication is vital for both memory retention and building our learning skills.