Over 520,000 People with Alzheimer’s Disease in the UK 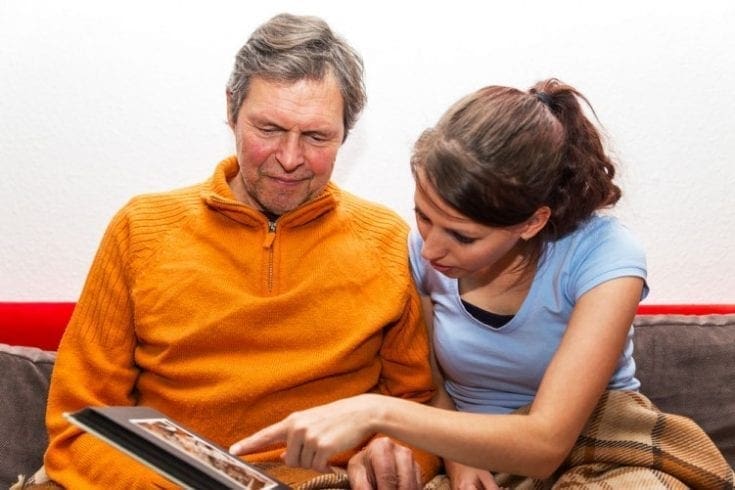 Alzheimer’s is a progressive disease, which means it gradually damages more parts of the brain overtime. Although the cause is unknown, it is thought that a number of conditions, such as age, health and lifestyle can increase the risk of developing Alzheimer’s disease. The Alzheimer’s Society says age is the greatest risk factor for Alzheimer’s, with the disease mainly affecting people over 65. Above this age, the society says a person’s risk of developing Alzheimer’s disease doubles approximately every five years – one in six people over 80 have dementia.

How Alzheimer’s Affects the Brain
The brain has around 100 billion nerve cells (neurons) with each cell connected to about 10,000 others, which make up our nervous system. These cells communicate with each other in the form of electrical signals at junctions called synapses. When the brain receives information from our senses, these neurons send out signals to help us, for instance, act, remember, plan or respond.

Alzheimer’s disease attacks these neurons in the brain. Proteins called plaques and tangles then start to build up in the brain. This stops the neurons communicating effectively, which eventually leads to cell death and a loss of brain tissue. The speed of how the disease progresses varies greatly with each person. However, once diagnosed, people with Alzheimer’s generally have a life expectancy of between eight to ten years.

Early Symptoms of Alzheimer’s
Although no two patients with Alzheimer’s are likely to experience the same symptoms, generally speaking, the earliest brain function to be affected is memory. This is because the disease usually appears in the part of the brain called the hippocampus, which has a main role in processing our short-term memory. This is why people who suffer from the early stages of Alzheimer’s are still able to recall events that happened many years ago, as our long-term memory is stored in the frontal lobe, located at the front of the brain.

The Later Stages of Alzheimer’s
As the disease progresses, problems including memory loss, communication, reasoning and orientation become more severe. For example, a person may struggle to follow a conversation or repeat themselves. They may also struggle to concentrate on simple tasks, become easily confused, or lose track of what day or time it is. Mood changes are also to be expected, with normally outgoing personalities suddenly becoming withdrawn and irritable.

In the latter stages of Alzheimer’s disease people can also get agitated quickly and become aggressive towards caregivers or partners. Some people may even start to suffer from delusional thinking and experience hallucinations. Eventually an Alzheimer’s sufferer may have trouble eating, walking and completing daily tasks, such as taking care of their personal hygiene.

Treating Alzheimer’s in the future
There is currently no cure for Alzheimer’s, but a number of treatments, including reports of a drug this month, which prompts a cell in the brain to ‘hoover’ up the plaques that damage nerve cells in Alzheimer’s patients. If successful, it is hoped it will lead to a cure for the disease. The drug is currently undergoing clinical trials at Stanford University in California.