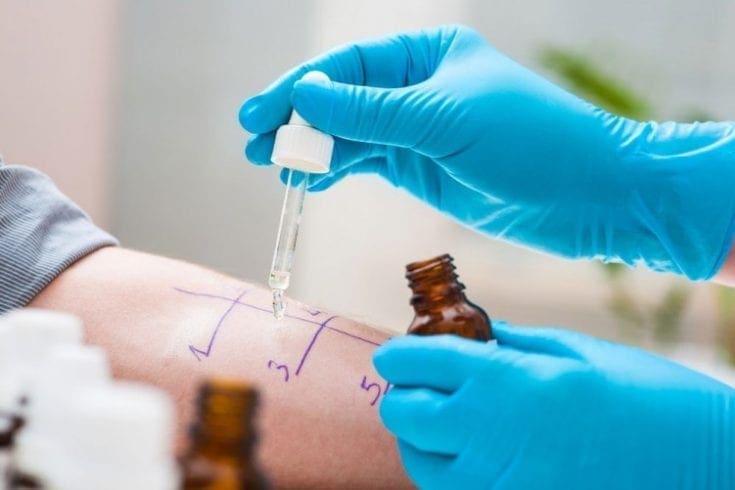 In the treatment of progressive brain diseases, early diagnosis is essential. As these disease advance, more brain tissue is lost and the earlier this can be detected, the more can be done to prevent it. Scientists are always looking for ways to diagnose patients sooner, and may have discovered a new method of finding brain disorders early on – skin tests.

Dr Ildefonso Rodriguez-Leyva and colleagues from the University of San Luis Potosi, Mexico, examined small skin biopsies from 65 volunteers; 53 of them had a type of dementia (such as Parkinson’s or Alzheimer’s disease) and 12 were healthy controls. They found higher levels of the proteins tau and alpha-synuclein in the 20 with Alzheimer’s and the 16 with Parkinson’s. Those with Parkinson’s had more increased levels of alpha-synuclein in particular.

“More research is needed to confirm these results, but the findings are exciting because we could potentially begin to use skin biopsies from living patients to study and learn more about these diseases,” Dr Rodriguez-Leyva says. “This new test offers a potential biomarker that may allow doctors to identify and diagnose these diseases earlier on.”

The research was inspired by post-mortem studies of people with Parkinson’s disease, whose characteristic protein deposits in the brain were mirrored in the skin. Dr Rodriguez-Leyva has also pointed out that skin and brain tissue share the same origin in the developing embryo – a further indicator that they may be affected similarly by a brain condition.

“This work points to a possible diagnostic test that would be minimally invasive and could provide earlier, more accurate diagnosis,” says Dr Arthur Roach, Parkinson’s UK Director of Research and Development. “There is still a need for more innovation in this area – at the moment there is no way to definitively diagnose Parkinson’s.”

Dr Simon Ridley of Alzheimer’s Research UK says that we are still a long way from seeing a routine test for brain conditions and that similar research into biomarkers in cerebrospinal fluid, which is more advanced, is still far from leading to such a test.

While his research may only be at an early stage, Dr Rodriguez-Leyva is hopeful that skin tests may be able to reveal progressive brain diseases before their symptoms are even manifested.